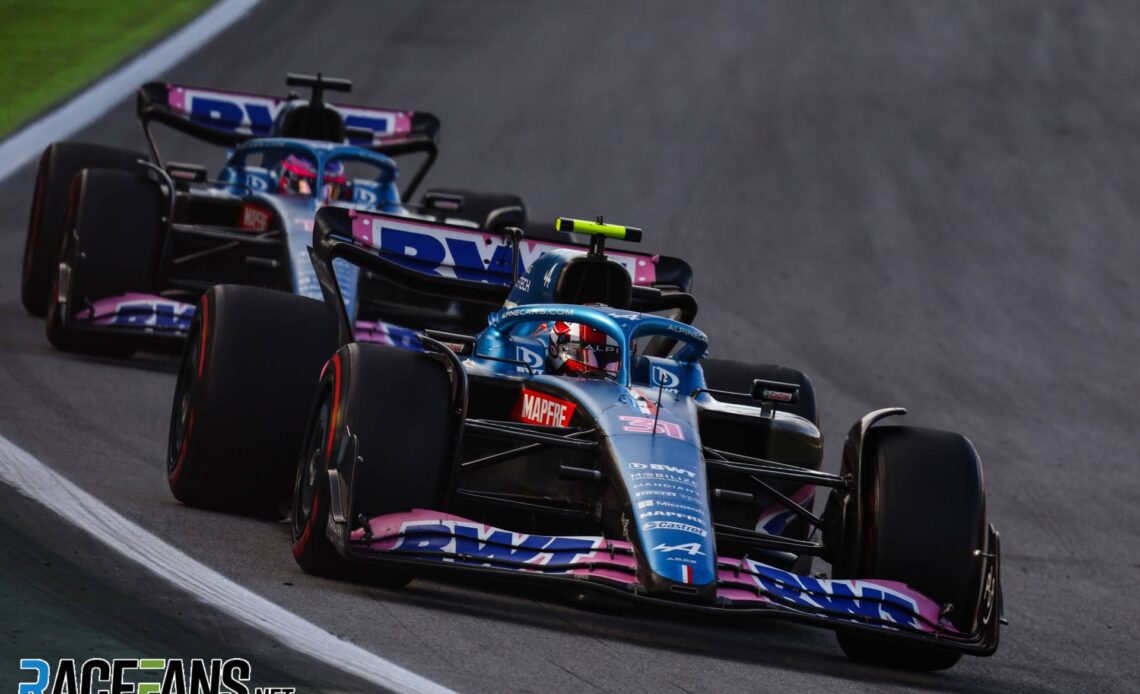 Fernando Alonso and Esteban Ocon ran side-by-side through the first three corners after the start. Alonso then attempted to pass Ocon at the exit on the outside of turn four, but had to run wide. The stewards reviewed the incident but concluded no investigation was needed.

Further around the lap Alonso moved to the outside of Ocon at turn 15, the fast left-hander which brings the drivers to the starting grid. The pair made contact again, Alonso losing his front wing against his team mate’s car, which forced him into the pits for repair. The stewards are investigating this incident.

Ocon’s car also sustained damage and he finished out of the points. His car then caught fire after the race due to a suspected fuel leak, and his starting position for tomorrow’s grand prix could be further compromised if the team have to break F1’s ‘parc ferme’ rules in order to repair it.

An unhappy Szafnauer reminded his drivers the team is in a tight battle with McLaren for fourth place in the constructors’ championship. Their rivals took two points off them in today’s race.

“We are extremely disappointed with today’s sprint qualifying result, which has put us in a worse position on the grid for tomorrow’s main race,” said Szafnauer.

“We are in a very tight and competitive championship fight for fourth place in the constructors’ championship; an objective for which over 1,000 staff are tirelessly working and striving towards. Frankly, both Esteban and Fernando must do a better job to compliment the fantastic efforts of everyone in the team by avoiding on-track incidents and compromising the entire team’s performance.

“Today, both drivers have let the team down. I expect more from them tomorrow where we must do everything we can to recover some points from the weekend for the championship.”