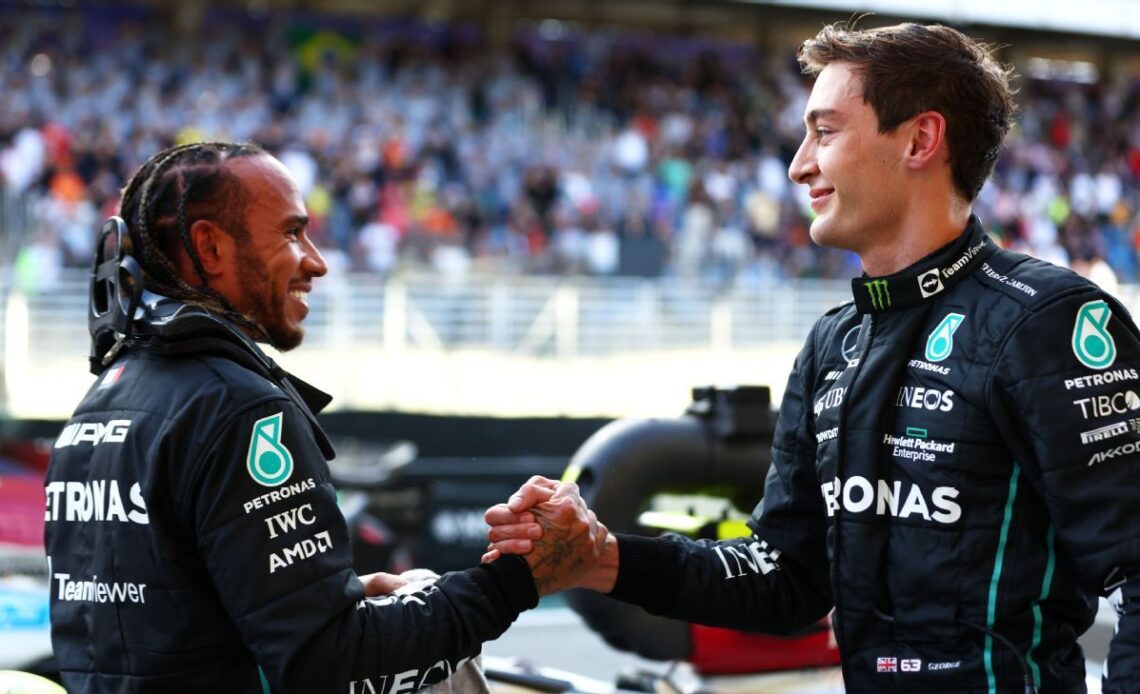 George Russell says he and Mercedes teammate Lewis Hamilton will be free to race when they start alongside each other on the front row of the grid at the Brazilian Grand Prix, but expects the team to split their strategies to stand the best chance of holding off Max Verstappen in third.

Russell secured pole position with a victory in Saturday’s sprint race at Interlagos, while Hamilton, who finished third on the road, will be promoted to second on the Sunday’s grid due to an engine penalty for Ferrari’s Carlos Sainz.

It is the first time this year that the two Mercedes drivers have started alongside each other on the front row of the grid and could be the team’s best chance of winning a race before the end of the season, with just one race remaining in Abu Dhabi, United Arab Emirates, after Brazil.

Mercedes has long had a policy of not applying team orders to its drivers in normal racing conditions, but Russell, who has yet to win a grand prix in his career, believes the team should split its tyre strategies after both drivers missed out on challenging Verstappen for victory at the last race in Mexico.

“There definitely won’t be any team orders, but between the two of us we will definitely try and be strategic because we saw in Mexico that we both tried to do the same strategy and it ultimately affected us both,” Russell said.

“Sitting here right now, we probably don’t know what the right strategy is going to be, so we’ll race each other fairly for sure and I’m sure we will be splitting the strategies to try to cover all options.

“Hopefully, one of us comes away happy tomorrow, but we both recognise based on recent experience that we will have to go two separate ways.”

Hamilton said the team’s result was most important to him.

“Getting a one-two either way, I am going to be happy personally because of how hard everybody has worked,” the seven-time champion said. “But of course, George has done an amazing job this year and will be pushing for the win, and of course we will drive carefully and clean.

“You’ve just always got to have at the front of our mind the team and getting the result for the team. But individually, we will do our best to get the best result.”

The Mercedes drivers will start ahead of Verstappen, who could have a strategic advantage as he still has two set of fresh soft tyres for Sunday’s race, whereas both Mercedes drivers have one fresh set of softs and one used set.