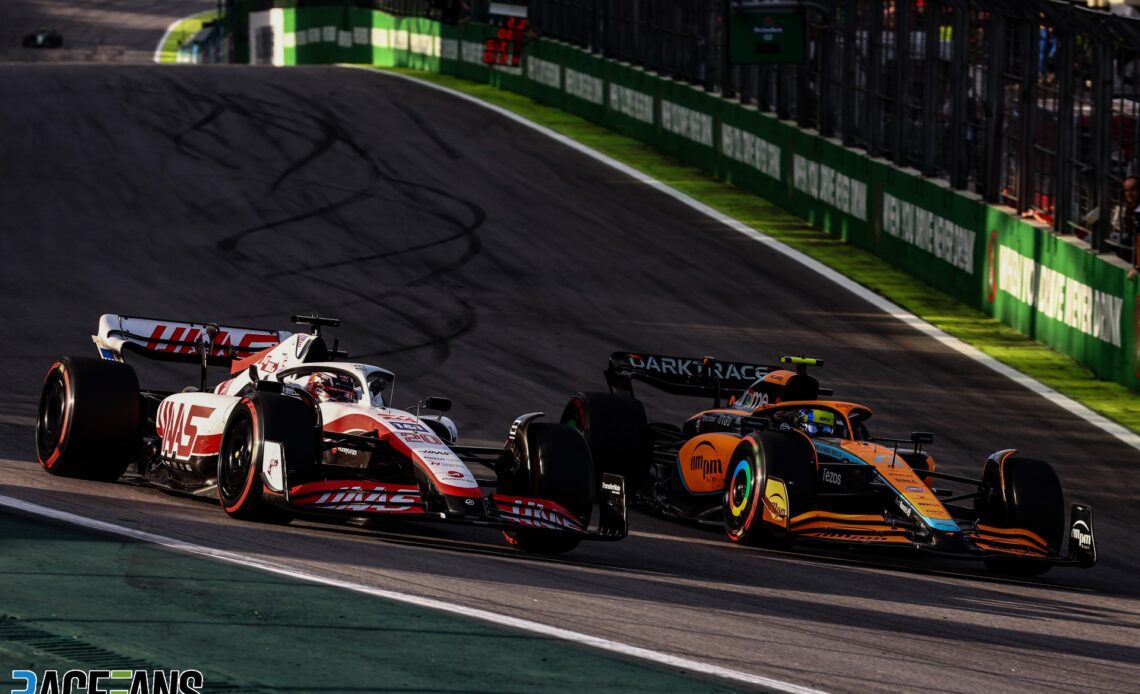 In the round-up: McLaren’s Lando Norris admits he had a “tough” sprint race after recovering from suspected food poisoning prior to the race weekend.

Norris qualified fourth on the grid for the sprint race and fell to seventh by the chequered flag, despite passing Kevin Magnussen with five laps remaining. He will start sixth on the grid after gaining one place with Carlos Sainz Jnr’s five-place grid penalty.

“[It was a] tough day today, but our main objective was to pass Magnussen, and we did that, so I’m happy,” Norris said.

“We didn’t really have a chance to compete against the top three teams and I really wasn’t expecting more than P7. I found it tough today. I’ve been unwell, it was hot and this track is hard work – but we had a good race. We’re in a decent position, and if we can get both cars into the points tomorrow, it could be a really good day for us. We’ll work hard tonight, and see what we can do.”

Williams no longer ‘stuck in the past’ financially – Demaison

Williams technical director Francois-Xavier Demaison says that the team are no longer “stuck in the past” financially after the investment into the team by owners Dorilton.

The team, founded by the late Sir Frank Williams, was bought by the American capital firm in 2020. The team has received significant investment in their facilities to bring it in line with rival teams, Demaison said.

“We’ve been investing a lot of money and effort in the modernisation of the company,” said Demaison. “For many reasons, mostly financial, Williams have been stuck a bit in the past. So that was the priority – invest in the wind tunnel, invest in the factory and invest in people.

The number seven Toyota hypercar team of Sebastian Buemi, Ryo Hirakawa and Brendon Hartley secured the World Endurance Championship title in the hypercar class despite being beaten to victory in the final race of the season in Bahrain.

Toyota team mates Kamui Kobayashi, Mike Conway and Jose Maria Lopez won the eight hour endurance race at the Sakhir circuit, 45 seconds ahead of the number seven crew, but it was not enough to deny Buemi, Hartley and Hirakawa the world title. It…