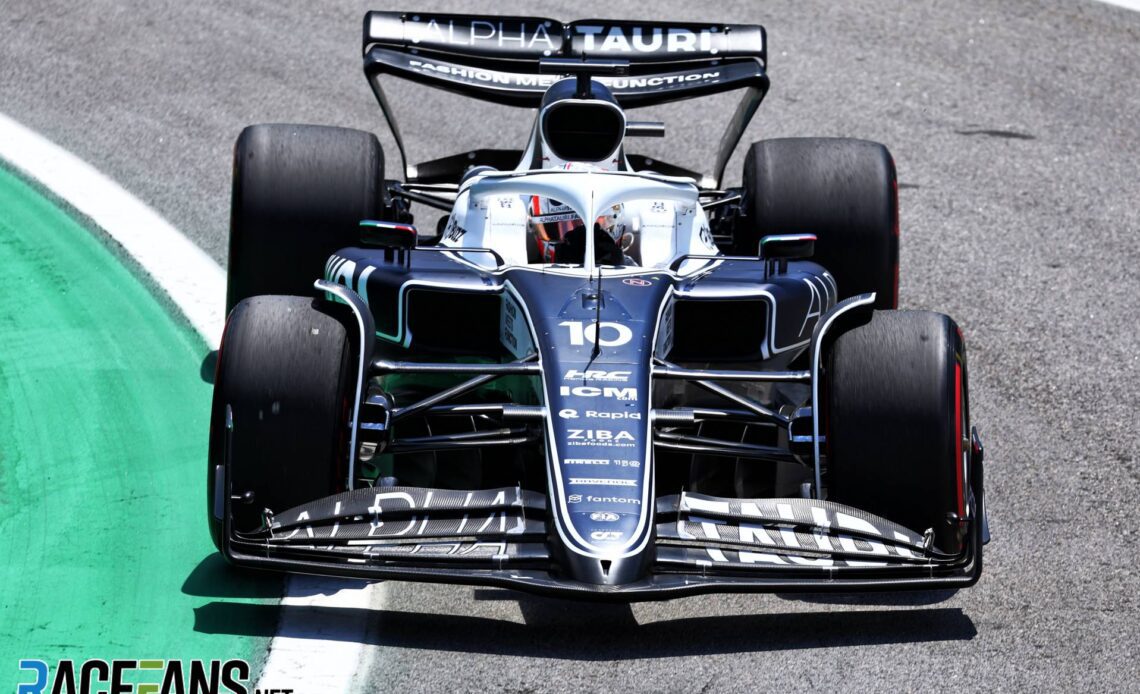 The AlphaTauri driver went into this weekend’s race with 10 penalty points on his licence. He will receive an automatic one-race ban if he collects two more.

He appeared to be at risk of that when the stewards announced he was under investigation for driving unnecessarily slowly during a reconnaissance lap before the start of today’s sprint race.

In order to prevent drivers lapping too slowly and potentially presenting a hazard to others, they are given a maximum time to pass between the two Safety Car lines either side of the pit lane. This was set at one minute and 12 seconds for this weekend, but Gasly recorded a time of 1’14.185 ahead of the sprint race.

After speaking to Gasly and a representative of his AlphaTauri teams, the stewards decided to issue him a formal warning. Crucially, this does not include any penalty points.

Gasly will have at least 10 points on his licence until next year’s Monaco Grand Prix. He said earlier this week he is discussing the situation with the FIA as he feels the threat of a ban is “harsh”.