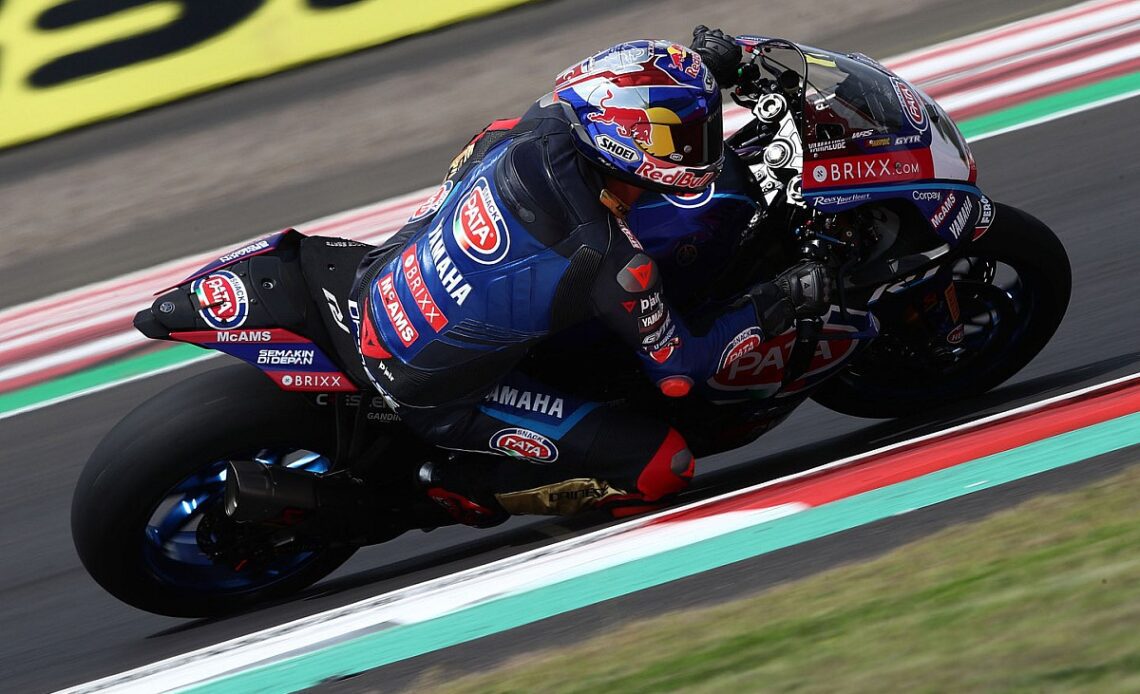 Yamaha rider Razgatlioglu had to work hard to overcome Kawasaki man Rea to pick up his second win of the weekend in Indonesia and his 13th of the season, the pair split by only half a second at the end of the 10-lap sprint.

Bautista meanwhile saw his points cushion reduced to 71 as he finished behind the second Yamaha of Andrea Locatelli, marking his first finish off the podium since July’s Donington Park round.

It means that Bautista must finish at least third in Sunday’s main race to wrap up the title this weekend if Razgatlioglu wins the race.

Razgatlioglu led his teammate Locatelli at the start in a repeat of Saturday’s opening race of the weekend, with Rea settling into third, but it wasn’t long before the six-time champion – officially out of the title chase as of Race 1 – had passed Locatelli and was challenging for the lead.

Rea made his move on the third lap through Turns 11 and 12 and was looking in a good position to end a winless streak stretching back to May’s Estoril round.

But Razgatlioglu was able to stay close to the Kawasaki and on lap six he made his move under braking for the Turn 10 right-hander, reclaiming a lead he would hold to the chequered flag.

Behind, Locatelli did his teammate a big favour by keeping Bautista’s Ducati at bay in the fight for third for the entire race, the Italian rider also clinching his first podium finish since the second round of the season at Assen.

Axel Bassani briefly ran ahead of a slightly hesitant Bautista in the early stages on his way to fifth place, sealing the Independents’ title aboard his Motocorsa Ducati as his nearest rival Garrett Gerloff (GRT Yamaha) failed to score.

Scott Redding (BMW) booked a spot on the second row for Sunday afternoon’s final race with sixth place after a late move on the second Kawasaki of Alex Lowes.

Michael Ruben Rinaldi (Ducati) recovered to eighth place after running wide on the opening lap, while the solo factory Honda of Xavi Vierge picked up the final point on offer in ninth place.

Lucas Mahias was a non-starter for Puccetti Kawasaki following his crash in Saturday morning practice and will also sit out the final race of the weekend.