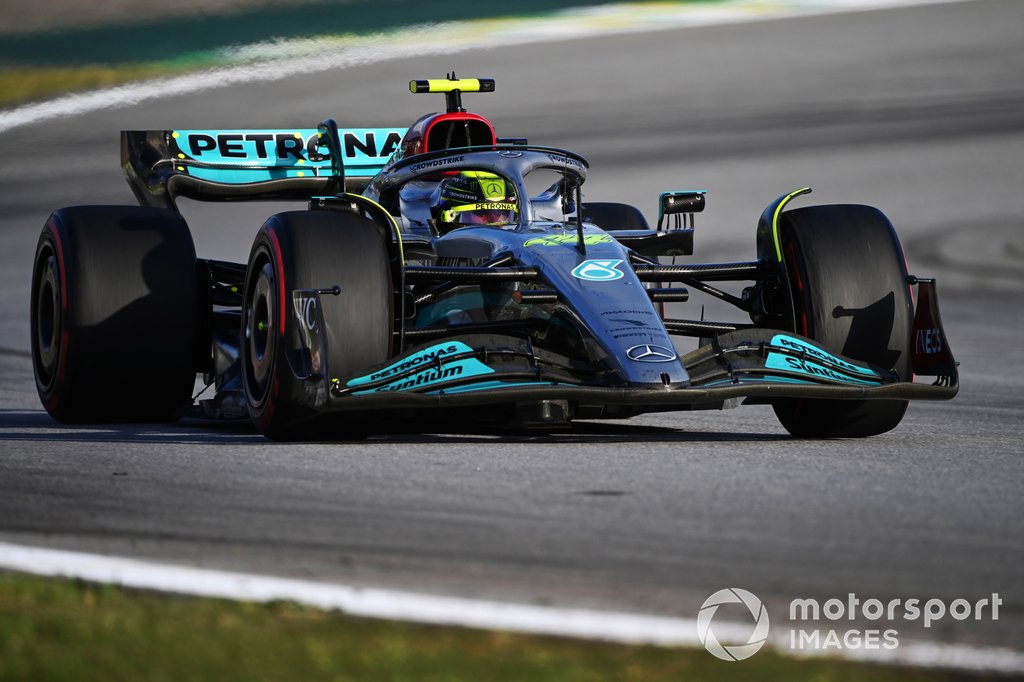 He will be joined on the front row by Mercedes team-mate Hamilton, who finished third in the sprint but gains a place thanks to Carlos Sainz’s five-place grid penalty due to an engine change on Friday.

Verstappen and Red Bull team-mate Sergio Perez will line up third and fourth respectively, both gaining a position thanks to Sainz’s penalty.

It marks Mercedes’ first front-row lockout of the season and has given the team a golden opportunity to end its win drought dating back to last year’s Saudi Arabian Grand Prix.

Mercedes struggled to compete with Red Bull and Ferrari through the early part of the season, but has found itself in contention more often at recent races, prompting both drivers to vow to work together in a bid to grab a first win of the year.

“We’re definitely going to be very excited for tomorrow and obviously having Lewis and I 1-2 on the grid, is going to give us some options of the strategy,” Russell said after the qualifying race at Interlagos.

“I think we’re going to have to work together to do something different for one of us, to try and get the victory for the team tomorrow.”

Hamilton admitted Mercedes’ pace in the sprint race came as a surprise, but that it “puts us in a really good position” for the grand prix with the Red Bulls of Verstappen and Perez starting behind.

“We’ll work together as a team,” said Hamilton. “This is about the team. We’ve got to get this result for the team. I think it’d be incredibly special.”

Mercedes has come close to victory on a handful of occasions this season, most recently in Mexico when it appeared to have the pace to challenge Red Bull, only for its poor performance on the hard tyre to end its chances.

Although Russell ruled out the use of team orders between the Mercedes drivers, he was confident they would “definitely be strategic to try and get that win for the team”.

“I think, as we saw in Mexico, we both did the same strategy and ultimately it affected us both,” Russell explained. “Sitting here right now, we probably don’t know what the right strategy is going to be.

“We’ll race each other fairly, for sure. And I’m sure we’ll probably be splitting the strategies tomorrow…