I had my reasons for not giving Perez F1 place 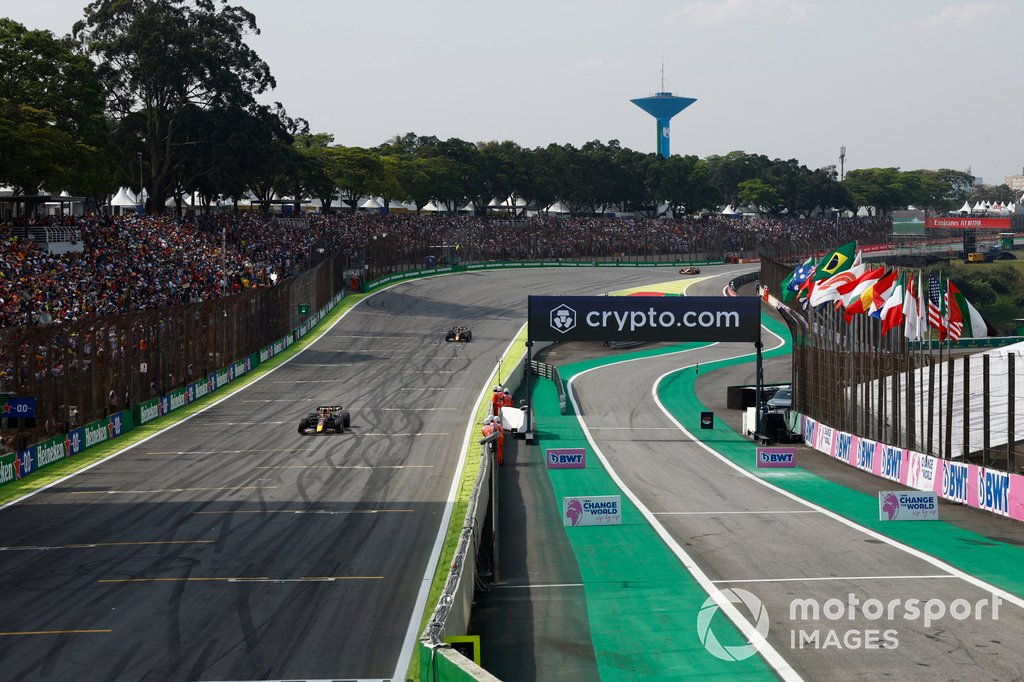 Verstappen overtook Perez for sixth place following the safety car restart, and was told to try and catch Fernando Alonso and Charles Leclerc ahead on-track.

But Perez was informed that if Verstappen could not gain any more positions, the position would be given back to him in order to aid his bid for second place in the drivers’ championship.

On the final lap, Verstappen was told to let Perez through, only to ignore the call and cross the line four seconds ahead in sixth place.

Verstappen told Red Bull over the radio: “I told you already last time, you guys don’t ask that again to me, OK? Are we clear about that? I gave my reasons and I stand by it.”

Perez was left disheartened in seventh place, telling his engineer that it showed who Verstappen “really is.” Perez enters the season final tied on points with Leclerc in the fight for second place.

Speaking in the media pen after the race, Verstappen was asked about the decision to ignore the radio instructions, revealing that he had his reasons and that they had finally been discussed with the team.

“Well, I have my reasons for that,” said Verstappen. “We just discussed that, and I think it was better that we finally sat together and spoke about it, and just moved forward from here.

“For sure, if we go to Abu Dhabi and he needs the points, because they’re tied, it’s not the end of the world, it’s all about who finishes ahead anyway. If he needs the help, I’ll be there.

Perez was quoted speaking to multiple media outlets in the pen after the race reflecting on his efforts to help Verstappen win his world titles. At last year’s season finale in Abu Dhabi, Perez held up Lewis Hamilton to bring Verstappen back into contention, a move Verstappen later credited as being instrumental to his eventual championship win.

Perez said he had “no idea” what reasons Verstappen was referring to, adding: “Maybe you should ask him about it.

“Nothing to say really. After all I’ve done for him, it’s a bit disappointing to be honest. I’m really surprised.”