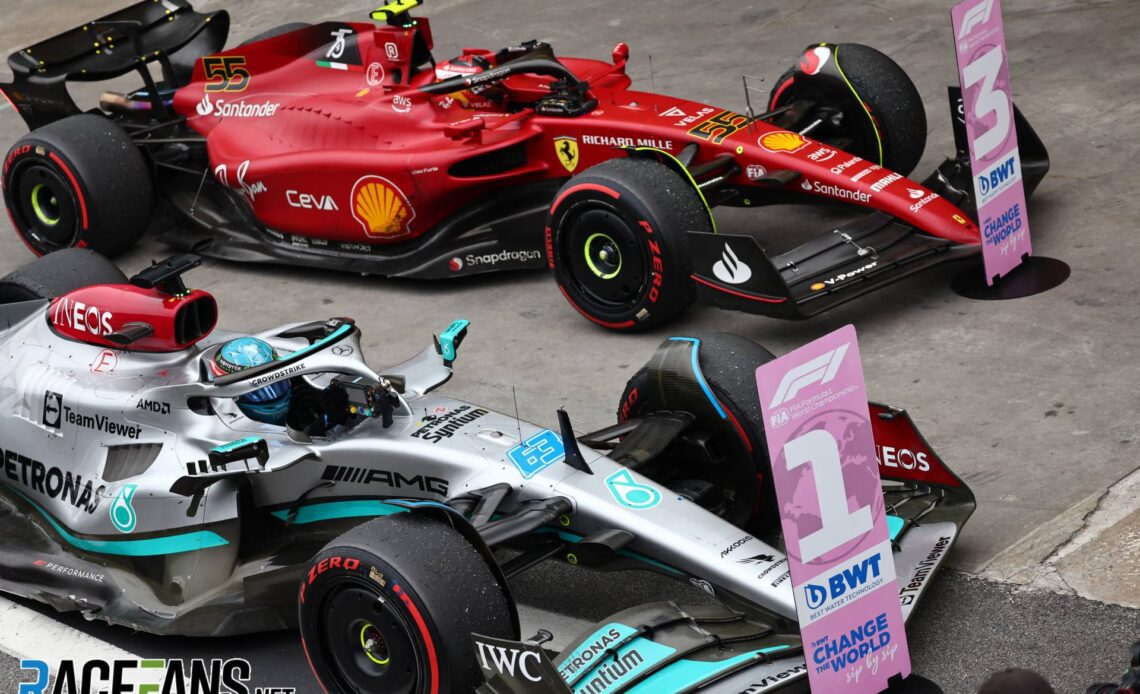 George Russell scored the first grand prix victory of his career unaware that his team spent half the race worrying that a water leak would force him to retire.

Mercedes team principal Toto Wolff, who followed the team’s progress from their base in Brackley this weekend, revealed after the race the fault had developed at around half-distance.

“We had a water leak on the car throughout the race and it wasn’t clear whether we could actually make it to the end,” he told media including RaceFans.

The team took the decision it was best not to worry Russell by telling him about the developing problem.

“We talked about it on the intercom and we all agreed we’re going to let him drive to the end even without water, on whatever was there to cool it and just try to finish the race.”

Russell finally scored his first win for the team two years since he nearly scored a shock victory for them as a substitute during the 2020 Sakhir Grand Prix.

“I think he deserved to win in Bahrain and we let him down with the car,” said Wolff. “That’s why today this victory makes us happy because he could have had one on the clock two years ago, and he didn’t, and now he has that first victory.”