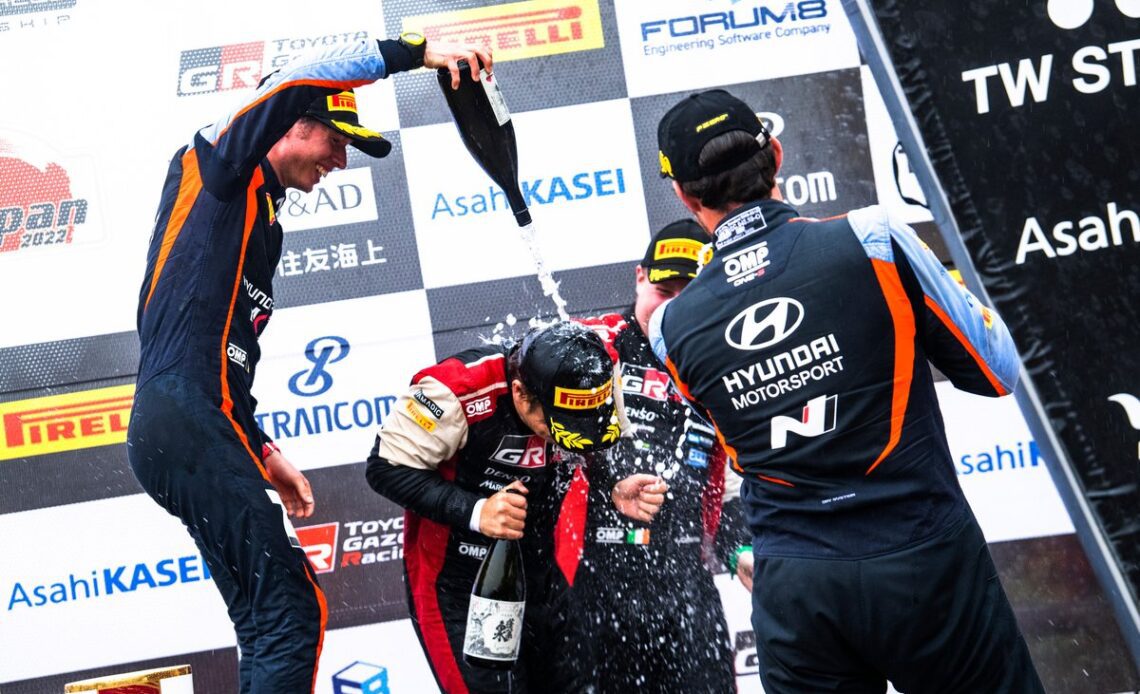 The Japanese driver emerged as the leading Toyota at the WRC season finale, finishing third behind the Hyundai duo of Thierry Neuville and Ott Tanak.

Katsuta and co-driver Aaron Johnston produced a strong drive through the new asphalt-based Rally Japan as the event returned to the WRC schedule for the first time in 12 years.

The duo steadily climbed the leaderboard inheriting a place on the podium when teammate Elfyn Evans suffered a puncture early on Sunday morning, which ended the Welshman’s pursuit of leader Neuville.

A third career podium and a second of the season, after finishing third in Kenya, cemented fifth in the overall championship standings for Katsuta in only his third season in rallying’s top tier.

Reflecting on the achievement in front of thousands of supporters that packed the stages, he said: “It is a very special feeling. My target was to get on the podium at my home rally.

“There were tricky conditions today and on Friday many things happened. At some point I was struggling a bit but I managed to get here and that is a huge thanks to the team and all my supporters.

“There was lot of pressure. I didn’t feel crazy and luckily I felt OK, but I have a team of very good guys around me.

“It was quite a big weekend for the team and Toyota and everything. But I have to say congratulations to Hyundai and Thierry and Ott, but next year we would like to take revenge.”

Toyota boss Jari-Matti Latvala described Katsuta’s podium as a “half victory” for his team after losing out to Hyundai on home soil.

“We couldn’t win the home event for sure and that is something we need to improve for next year,” Latvala told Motorsport.com.

“We had a goal for Taka this year and that was to score two podiums and he got the second one here, so it is an important result for himself and for Toyota. It is almost like a half victory I would say, we are very happy.”