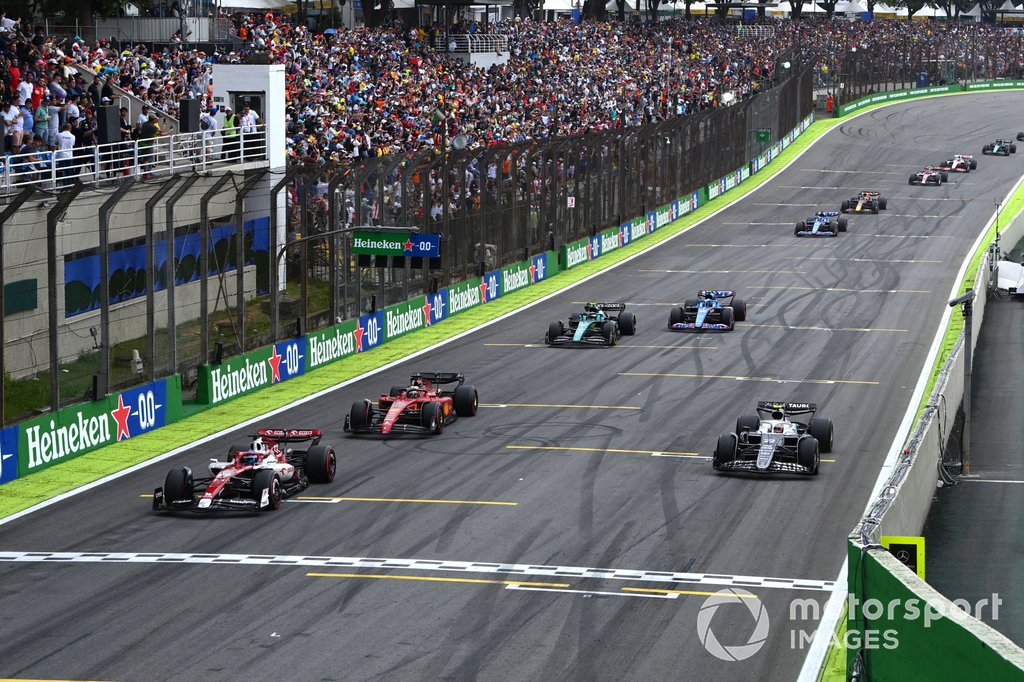 Ocon was lying in eighth place in the safety car queue, behind Sebastian Vettel and ahead of Alonso, who was on fresher tyres.

Before the restart, Ocon was told not to focus on Alonso behind and “to let him through nice and cleanly”.

Ocon: “Let me race, at the [right] moment I will, once the situation is settled a bit more. We can lose everything now also at the restart.”

Engineer: “Esteban, I don’t want you fighting with Fernando. Is that understood?”

Engineer: “That’s fine, you can pass Vettel, I don’t want you fighting Fernando. As long as that’s clear…”

The discussion aroused extra interest because it came a day after the pair clashed twice on the opening lap of the Interlagos sprint, ruining both of their races, and earning Alonso a penalty.

In the event, the restart worked out as Ocon had hoped, with him getting past Vettel at the first corner and then letting Alonso safely through later in the lap. The Spaniard went on to finish fifth, with Ocon taking eighth.

“I think it’s been not very well translated because people thought I didn’t want to let Fernando past,” Ocon said of the radio discussion.

“I said: ‘No, I don’t let him pass at the restart. I’m going to pass Seb. And then once the situation is settled, we will figure that out. I’m not going to fight. I’m going to let him go’. And that’s what I did.

“I couldn’t have held them, he was very fast on the soft tyre. And obviously, there were points for the whole team to grab.

“So I knew I was in a situation, and the team didn’t need to tell me what to do.”

Both drivers came under heavy criticism from team boss Otmar Szafnauer after their clash in the sprint, but after the main race, Ocon was keen to move on, noting: “I think the team is happy today. Today is today, last night is last night.”

However, when asked by Autosport if he had sorted things out with Alonso, he said: “No, we didn’t speak.”

Ocon denied that there was now some tension with Alonso. 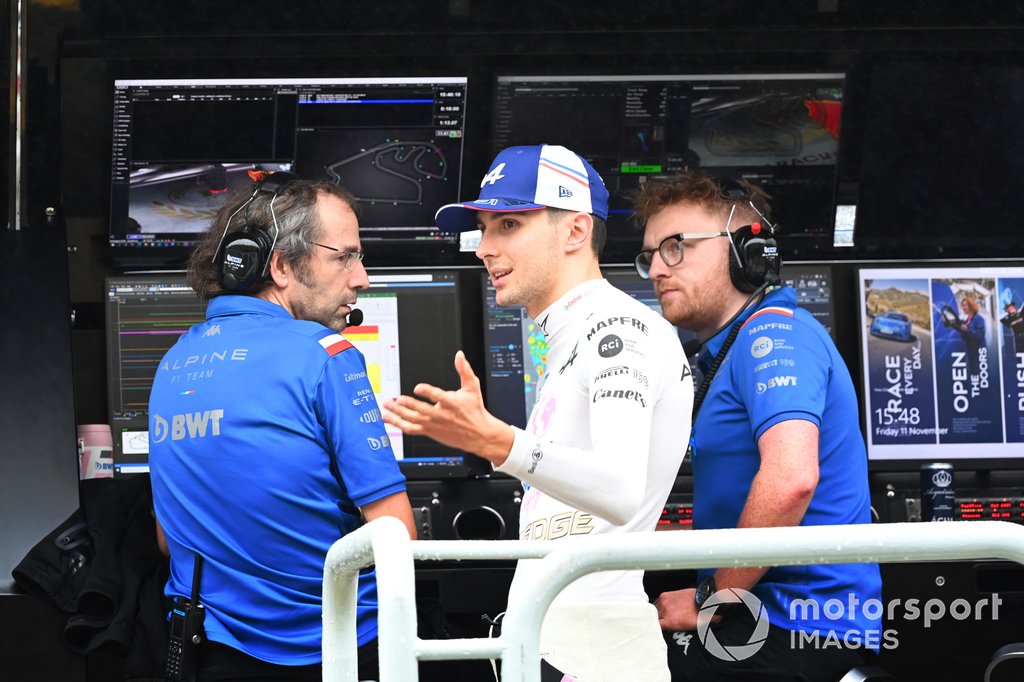