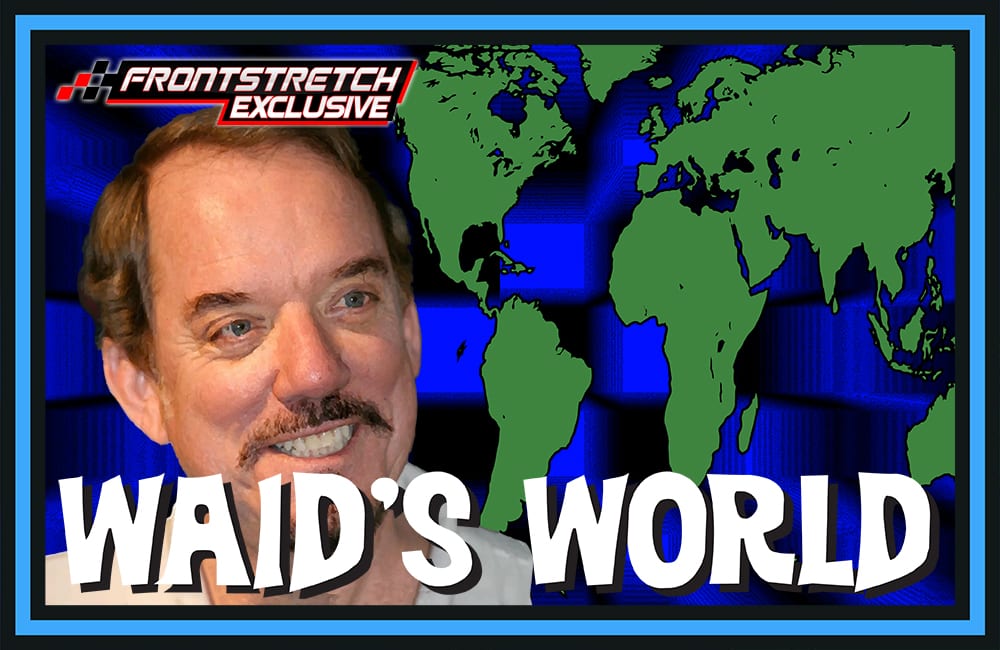 Dale Earnhardt rose to NASCAR stardom in the space of two years. He was the NASCAR Cup Series Rookie of the Year in 1979 and then won the championship in 1980.

At the end of the 1980 season, with the title firmly in hand, Earnhardt found himself in a new, unaccustomed world. He had come from a hardscrabble background working in any job he could find and taking any ride he could in his quest for a career in stock car racing.

Now, he was the toast of NASCAR – and a man who had captured the attention — and admiration — of a legion of new fans.

A perfect example of his new status came after he nailed down the title in the Los Angeles Times 500 at Ontario Motor Speedway on Nov. 15, 1980.

Instead of flying to his home in North Carolina or riding across country in a team hauler, he was transported to Las Vegas for a celebration.

As the champ, he wasn’t going to pay for anything.

He was put up in a penthouse suite at a major hotel and casino. He was amazed. The plush accommodations were far removed from anything he had experienced.

He called a friend who was also staying at the hotel.

“You gotta come up here,” he said excitedly. “You won’t believe where I am. I’ve got a round bed and everything!”

It wouldn’t be Earnhardt’s only initial experience as a champion. He was also to be the Grand Marshal for a Christmas parade, driven down a main street in Concord, N.C., by a nervous guy who hardly knew what he was doing.

More on that later.

In 1978. Earnhardt drove in four races for Will Cronkrite. During that time, he caught the eye of Rod Osterlund, a California businessman who fielded Chevrolets for Dave Marcis.

Marcis became disenchanted with the team and left before the season ended. Earnhardt was given the ride for the Dixie 500 at Atlanta Motor Speedway and the following race at Ontario.

He remained with Osterlund in ’79, and that’s when things began to happen. Earnhardt won the first race of his career at Bristol Motor Speedway in the spring and went on to compile a record that included 11 top-five finishes and 17 among the top 10 – and, of course, the rookie title.

Even with such an impressive first year, hardly anyone thought Earnhardt would win the championship a year later.

But he was in the hunt for almost the entire year. As the end of the season approached, the outcome was in doubt.

Cale Yarborough won at Atlanta to trail Earnhardt by just 29 points going into the final event. Yarborough was making a bid…