Daniel Ricciardo given grid drop for his final race with McLaren 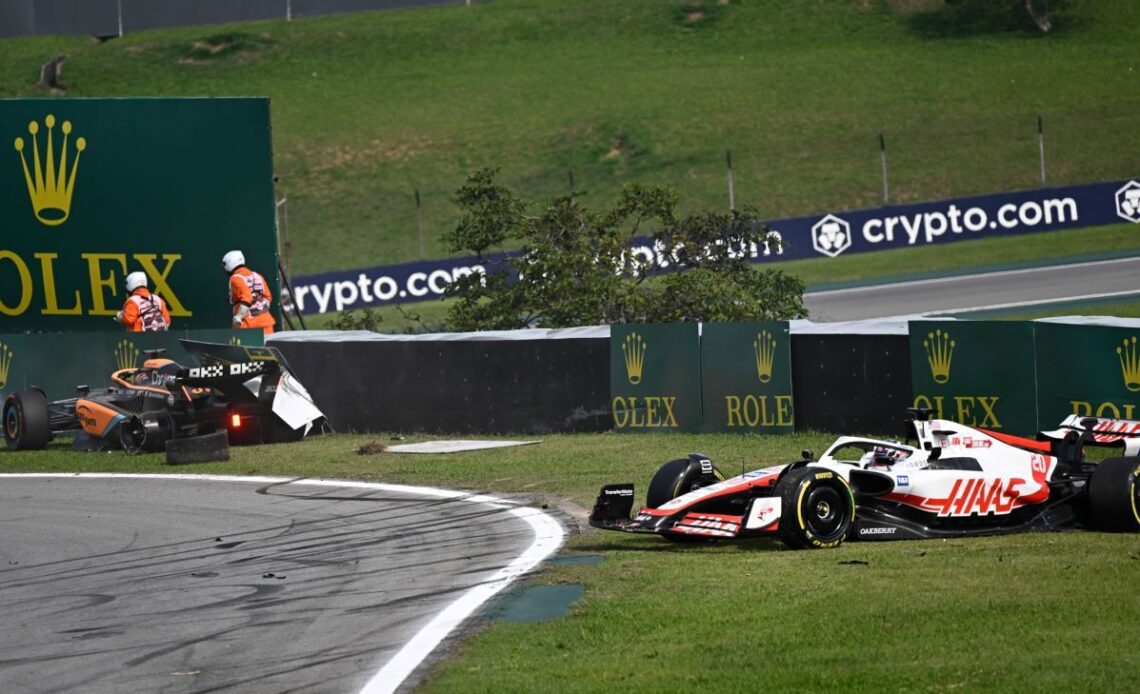 Daniel Ricciardo will have a three-place grid drop for his McLaren farewell in Abu Dhabi next weekend after he collided with Haas driver Kevin Magnussen on the opening lap in Brazil on Sunday.

Stewards deemed the 33-year-old Australian was “wholly to blame” for the incident at Interlagos and also dished out two penalty points to take his tally to eight for the 12-month period.

“Ricciardo explained that in his view, he had slowed sufficiently that he was not going to collide with Magnussen and that he slightly misjudged it,” they said in a statement.

Ricciardo retired on the spot and McLaren team mate Lando Norris also failed to finish, leaving the team 19 points behind Renault-owned Alpine in the battle for fourth place in the championship and only Abu Dhabi remaining.

“I think the biggest disappointment is that it was such a small touch but it had massive consequences,” said Ricciardo, who apologised to the team.

“I feel most times, a small touch like that, you can get away with it. So it was pretty unfortunate for both of us,” added the Australian, who has no race seat lined up for next season.