Mercedes unsure why it was so quick over Brazil F1 weekend 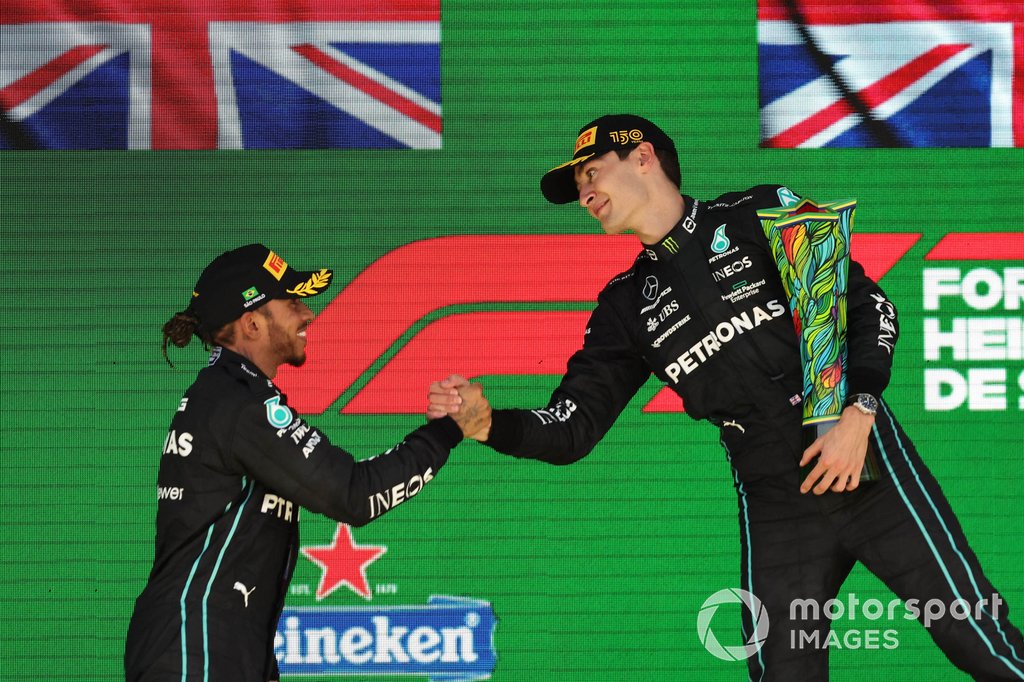 The result ended Mercedes’ winless season and was the latest milestone in a campaign that saw it initially struggle to put up any kind of challenge at the front of the pack due to issues with its car.

While Max Verstappen and Charles Leclerc were both involved in incidents that impacted their races at Interlagos, Russell controlled proceedings at the front of the pack and never looked at risk of losing the win.

Mercedes F1 chief Wolff said he thought the team “had the quickest package all through this weekend”, but said it was unsure why there was such a big advantage over Red Bull and Ferrari.

“I think [the performance] is just the sum of the parts of the development that’s been brought onto the car, the good work that was done over the season on the power unit side, and all of us together,” said Wolff.

“But we have seen the trend, the positive trend over the last three races, and are we back at the domination? No, we are not.

“I think Abu Dhabi on paper is much more difficult for us, also because we are still too draggy and we know why. We know why we are better.

“Do we know why we were so far ahead of everyone this weekend? We don’t.”

Mercedes spent the early part of the season combatting the porpoising issue on the W13 car before finding a deeper problem that explained its lack of performance through the year.

Development work continued on the chassis to make it more competitive, with the update that arrived in Austin last month offering a decent step forward.

Wolff felt “super proud” of the team’s turnaround this year, saying it had never lost the belief that it could work its way through the problems and return to the head of the pack.

“We had situations where we felt that we understood and there were setbacks, and obviously weekends that were tremendously difficult like Spa,” Wolff said.

“But the team never stopped believing that we were on the right trajectory whilst acknowledging that we didn’t always understand everything.

“It shows the mindset and the values of the team, and I feel so proud for what we’ve achieved.”

Wolff added that he was “even more…