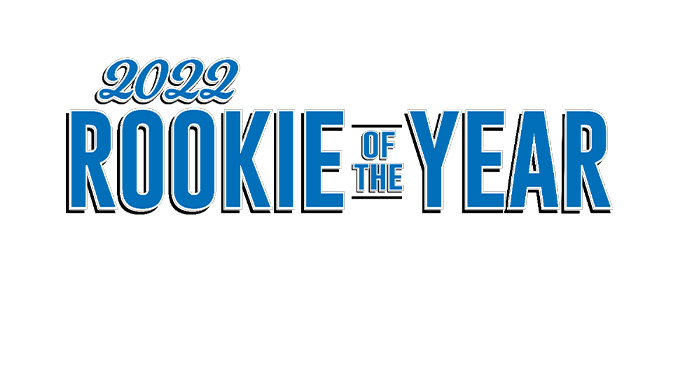 POMONA, CA – November 14, 2022 – (Motor Sports NewsWire) – After a standout debut season in the Pro Stock ranks, Camrie Caruso has been named the 2022 NHRA Rookie of the Year in the NHRA Camping World Drag Racing Series.

Caruso, Top Fuel’s Scott Farley and Funny Car’s Jason Rupert were the eligible candidates for the award, which honors the sport’s top rookie. Caruso enjoyed a standout rookie season in the highly-competitive Pro Stock ranks, qualifying at all 19 races and advancing to the Countdown to the Championship playoffs. 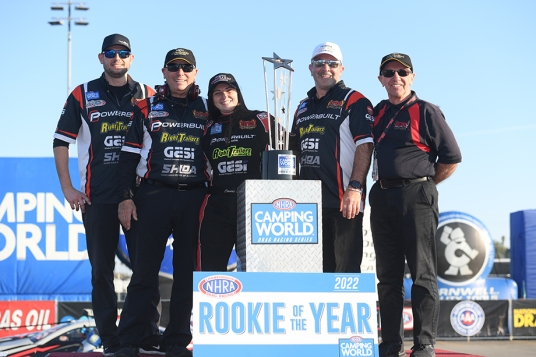 She earned her first No. 1 qualifier in Houston and also advanced to the final round at the event where she joined points leader Erica Enders as part of the first all-female final round in Pro Stock history. In all, Caruso has enjoyed nine round wins in her Powerbuilt Tools Chevrolet Camaro, and celebrated the NHRA Rookie of the Year award at this weekend’s 57th annual Auto Club NHRA Finals in Pomona.

“I am so proud to win this award and it wouldn’t be possible without the support and love from my Poppa, dad and mom,” Caruso said. “We achieved so many of my goals this season from qualifying No. 1 to getting to a final round to qualifying at every national event. We didn’t check all the boxes, but I am very thankful. The competition is so tough out here and to be recognized as the Rookie of the Year is a tremendous honor. Every race this season I feel like we got better, and I am excited to get back on track next season.”

Farley attended five races in the loaded Top Fuel class in 2022, qualifying at two events during the 2022 campaign. He picked up a round win at one of those races, advancing to the second round in Epping, N.H. at the NHRA New England Nationals in June. He also made his quickest and fastest career run at the event.

Rupert also competed in five Funny Car races this season, qualifying for four of them, including twice in Pomona. He also made career-best runs to close out the season, going 4.030 at 313.44 at Auto Club Raceway at Pomona.

Dallas Glenn won the NHRA Rookie of the Year award in 2021, while recent winners include current Top Fuel points leader Justin Ashley in 2020 and class standout Austin Prock in 2019.