Where did Mercedes’ Brazilian Grand Prix victory come from? 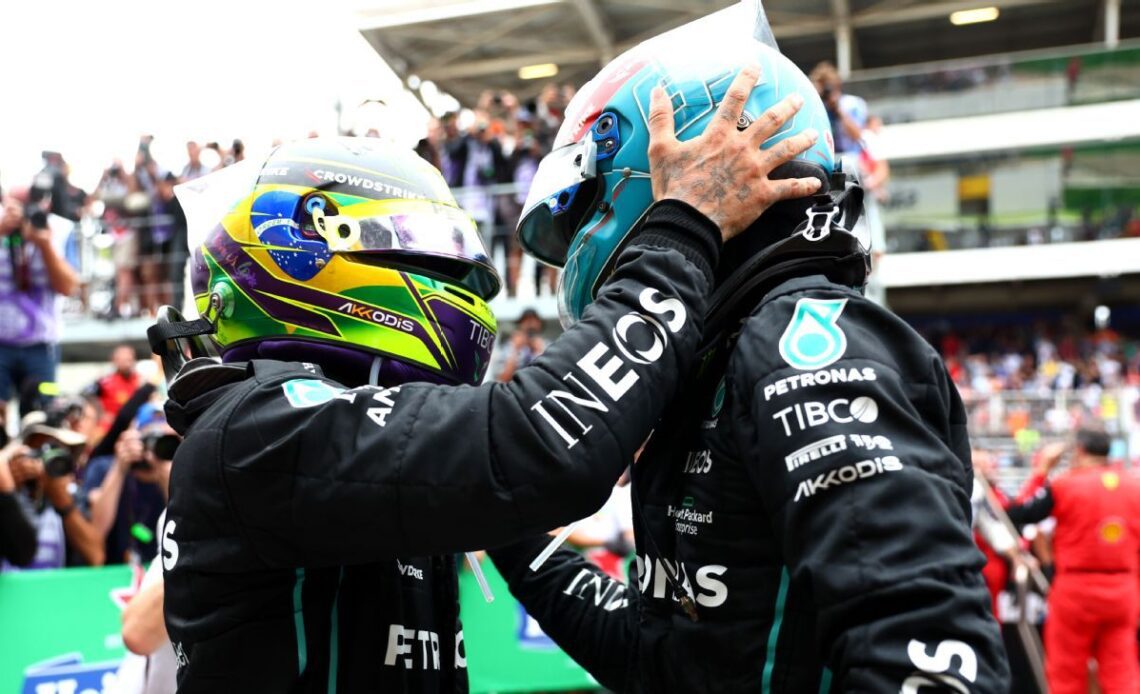 It took 21 races, but Mercedes is finally back in Formula One’s winning circle.

The toil of the team’s 2022 season, which would have been unimaginable during its eight years of dominance between 2014 and 2021, has finally been rewarded with a race victory. But while George Russell‘s emotional win in Brazil was richly deserved, it does not represent the end goal for Mercedes. Far from it.

For a team so used to success, the reality of the 2022 season has been hard to stomach. A major regulation change over the winter saw Mercedes turn up in pre-season testing with a car that was nearly a second off front-runners Red Bull and Ferrari, and things initially seemed to get worse rather than better.

Perhaps the lowest point of the year came at the first sprint race weekend of 2022 at Imola, where Mercedes’ drivers ranked 11th and 13th in qualifying, finished 11th and 14th in the sprint race and ended up fourth and 13th in the grand prix (the fourth mainly thanks to a good start and outstanding drive in mixed conditions by Russell). The performance at Interlagos, which included saw the team claim maximum points with one-two victories in both the sprint and the grand prix, was vindication of the progress it has made since.

However, that progress was only possible once some fundamental flaws in the W13’s car design were fixed. The first issue was to address its “porpoising” — a bouncing motion at high speed triggered by the car’s underfloor aerodynamics — which the team started to get on top of at the Spanish Grand Prix. Then there was the car’s awful ride over bumps, which left the team off the pace in Monaco and both drivers in physical pain after the following street race in Baku.

Only once those issues had been addressed could Mercedes return to its normal process of adding performance to the car, and by that point Red Bull had pulled a significant advantage over the rest of the field. Crucially for its late-season success, a major upgrade was introduced to the car at the United States Grand Prix, which not only brought aerodynamic performance but also shed crucial weight from the W13.

Since then, Mercedes has been in the running for victories at every race, although the Brazilian Grand Prix was the first at which Max Verstappen was not in a position to exercise the full performance of his Red Bull in opposition. Verstappen’s absence from the battle was of his own making when he attempted to pass Lewis Hamilton for second place at the start of lap seven and the…