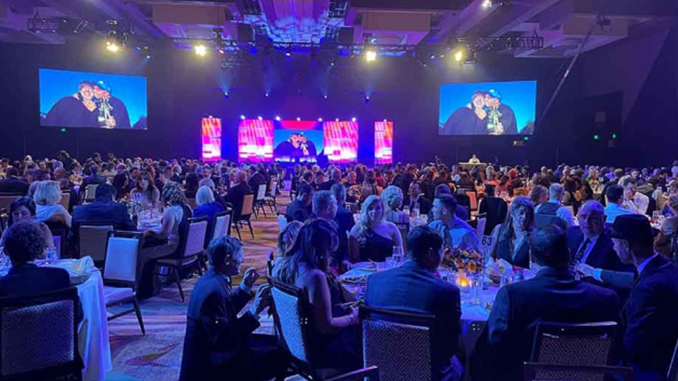 The four standout drivers were honored for their season-long achievements and presented with their trophies for winning 2022 NHRA Camping World Drag Racing Series championships during a memorable Countdown to the Championship playoffs.

Force picked up her second Top Fuel championship and earned the top prize from NHRA and Camping World following a banner season in the loaded category. She clinched the championship with her first-round victory in Pomona, as the record-breaking driver of the 11,000-horsepower Monster Energy/Flav-R-Pac dragster picked up five wins and 10 No. 1 qualifiers – along with a plethora of track records and the fastest run in Top Fuel history – during her banner 2022 campaign.

In his first year as a team owner, Capps became the first repeat Funny Car champion in 20 years, outlasting Robert Hight on the final day in Pomona to claim his third career world championship. His semifinal win, coupled with Hight’s second-round loss at the NHRA Finals, secured the championship for Capps in his 11,000-horsepower NAPA Auto Parts Toyota GR Supra. In all, Capps picked up five wins this season, earning his second straight NHRA Camping World Drag Racing Series championship.

Enders was recognized for her Pro Stock dominance on Monday as well, as the star driver rolled to her fifth career championship and third in the past four years. She clinched the title in Las Vegas, winning four of the first five races in the Countdown to the Championship in her Melling Performance/Elite Motorsports Chevrolet Camaro. Enders also enjoyed her best season to date, picking up 10 wins and advancing to 13 final rounds, with her Vegas win capping off a spectacular season.

Pro Stock Motorcycle’s Matt Smith laid claim to his third straight world championship on his Denso Auto Parts Buell, also earning his sixth career title. That ties him with Andrew Hines and Dave Schultz for the most in class history, with Smith winning four of those crowns in the past five years. This season, Smith picked up four wins and advanced to six finals, winning on both a Suzuki and Buell over the course of the season.