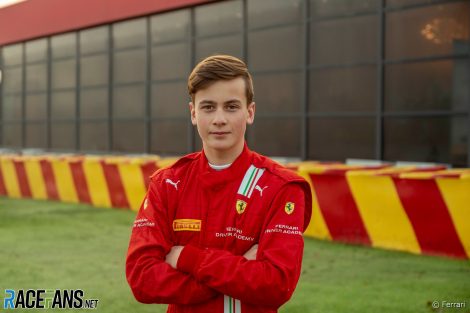 In the round-up: Ralph Boschung will reach 100 starts in Formula 2 next year after signing for another season

Boschung signs for a fourth season with Campos

Campos Racing will field Ralph Boschung once again in Formula 2 next year, meaning the Swiss driver will surpass 100 race starts in the series.

Boschung debuted in F2 with Campos in 2017, but budget problems meant he did not complete a season in the championship until last year where he made the podium twice and finished 10th in the points table.

He has also claimed two podiums this season, which concludes this weekend, but has had to miss 12 races due to a neck injury.

“I am grateful to have the opportunity to continue with Campos in F2 next year,” said Boschung. “With 2021 being my only full F2 season, this year started so well but with the neck injury, my whole season was compromised. I have unfinished business and will want to prove that together with Campos we can achieve consistently very good results.”

Tuukka Taponen has been named as the winner of the third edition of Ferrari’s World Scouting Final, and will become a Ferrari Driver Academy member in 2023.

The 16-year-old is a World Karting champion and has been a race-winner in his home country Finland’s national Formula 4 series through part-time campaigns there over the past two years. He is set to race F4 further south in Europe next year.

“We watched him carefully last year and we sensed he had the potential that he then went on to confirm this season,” FDA head Marco Matassa said. “One year on, he is more mature, so that apart from his pure speed, he has other key qualities, such as the ability to interact with the engineers, giving precise feedback and also being able to take on board the instructions he is given.”

Now Ed Carpenter Racing has announced it plans to promote Indy Nxt-bound Josh Pierson to its IndyCar line-up by 2025.

The 16-year-old became the youngest ever driver to race in the Le Mans 24 Hours earlier this year. He also competed with success in…