F1 to debut new exhibition in Madrid next March 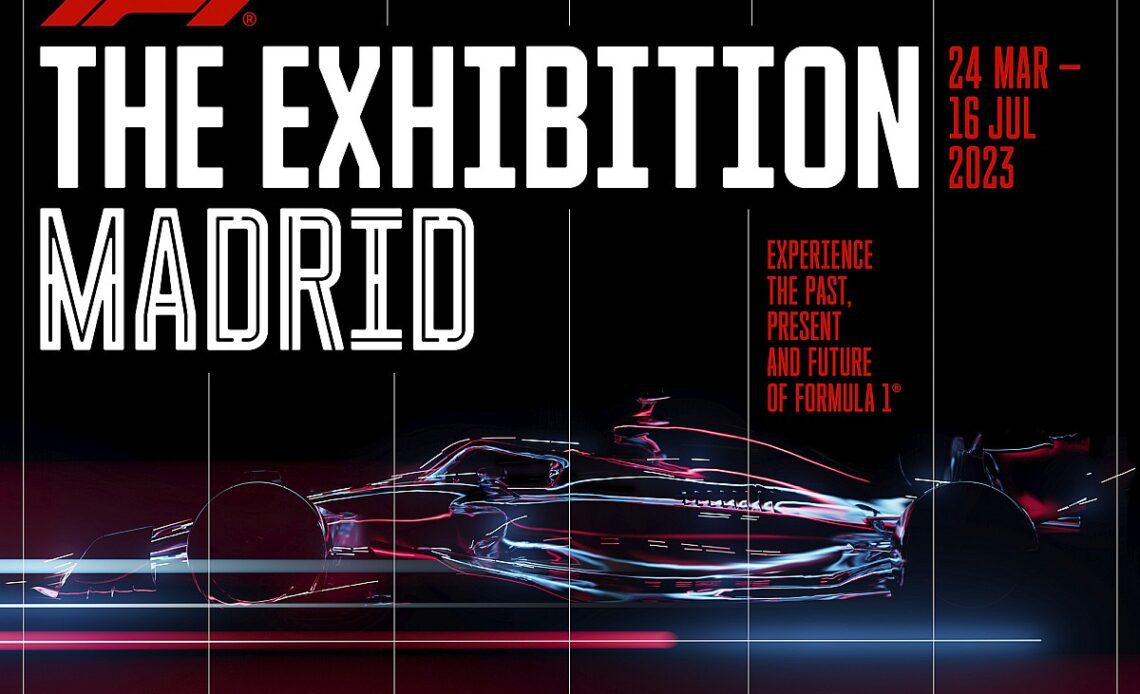 Taking place at Ifema Madrid, a primary event space in the Spanish capital, the F1 exhibition will open on 24 March and run until 16 July, offering fans a “stunning adventure through the extraordinary world of Formula 1.”

The exhibition is being produced by F1 in partnership with Round Room Live, an entertainment company specialising in travelling exhibitions.

The 90-minute exhibition will give fans a chance to sample “a wide range of never-before-seen artefacts and contributions from the sport’s most legendary teams, experts and personalities”, spread across six purpose-built rooms.

“The opening of this spectacular exhibition marks a significant moment in the history of Formula 1. As the sport continues to grow at an exponential rate, it’s vital that our fanbase remains at the forefront of everything we do,” said F1 CEO and president Stefano Domenicali.

“Launching this world-class international exhibition allows more fans around the world to fall in love with F1, while providing the perfect platform for us to honour the sport’s incredible history.

“I want to thank everyone who has contributed to this project and helped to build an exhibition that captures the heart and soul of the sport we all love.”

Seasoned journalist and former Williams team manger Peter Windsor has played a role in helping put the exhibition together, and felt there was an emphasis on telling the deeper stories behind F1.

“To me, F1 is about people, incidents, personalities and stories,” Windsor told Autosport/Motorsport.com in an interview.

“Who they were you can see on Wikipedia, but what we’re going through is something deeper to portray. We have an opportunity to think about the past, and think about the role various drivers, events, cars or eras or world events played in the way Formula 1 is how it is today, and then how it is today and to try and tell that story to a very wide variety of people. Old fans, young fans, Netflix fans – we are making the exhibition appeal to all of those.”

Further details on the elements that will make up the exhibition are set to be confirmed at a later date, but Windsor said it had been “very emotional” putting some of it together with access to F1’s footage archive dating back to 1970.

“They’ve involved lost lives or people no longer with us, or teams that petered away when they shouldn’t have,” he said. “When you actually revisit those and start to live the lives of people involved,…