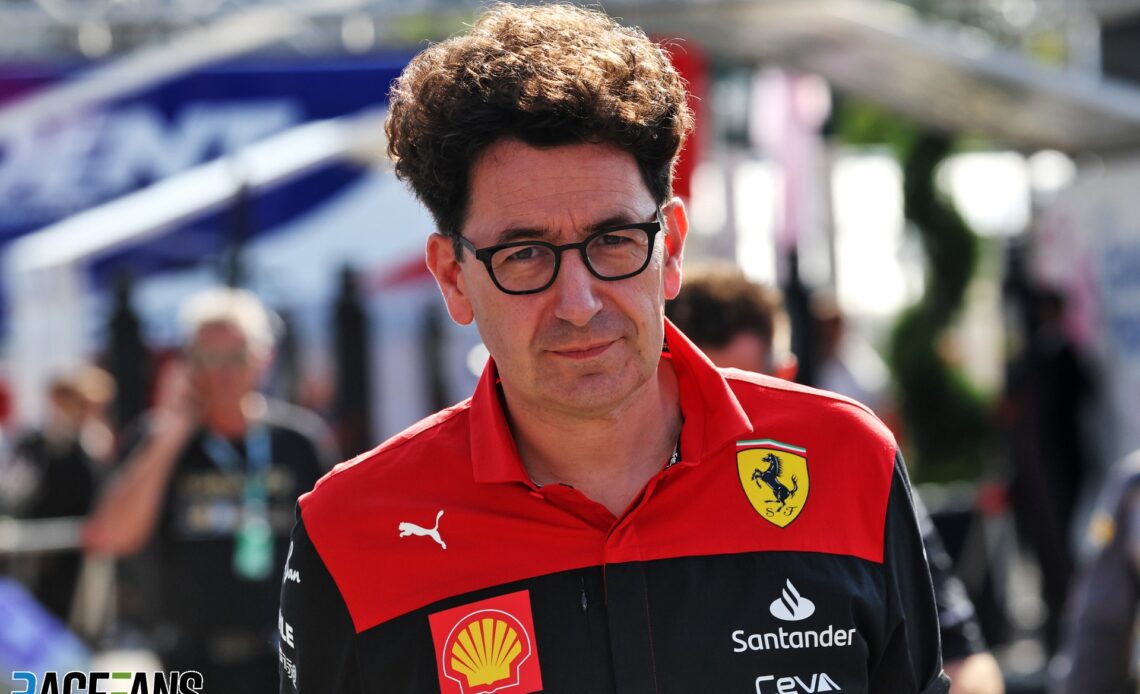 Ferrari have rejected reports Mattia Binotto’s future as team principal is in doubt following articles claiming he is to be replaced.

“In relation to speculation in certain media regarding Scuderia Ferrari team principal Mattia Binotto’s position, Ferrari states that these rumours are totally without foundation,” it said in a statement.

Binotto replaced Maurizio Arrivabene as Ferrari team principal in January 2019. The 53-year-old has been with Ferrari since 1995 and occupied the role of technical director before taking charge of the team.

Ferrari scored three wins in their first season under Binotto, as well as nine pole positions. However the FIA began an investigation into the design of their power unit which resulted in a private settlement being reached at the beginning of 2020.

The team slumped badly that year, its straight-line speed performance notably poorer. It finished the year sixth in the constructors championship, its worst performance for 40 years.

But Ferrari bounced back impressively in 2021, rising to third in the standings. It also ploughed its development resources into the new 2022 technical regulations from an early stage and was rewarded with two wins from the first three races of this season.

However a combination of reliability problems, questionable race strategies and driver errors cost them the lead in the championship, while Charles Leclerc was overhauled in the drivers’ standings by Max Verstappen.

There will be no championship silverware for the team this year, and heading into the final race of the season they are at risk of losing second place in the standings to Mercedes.