Ty Gibbs will step up to Cup in 2023, replacing Busch at JGR 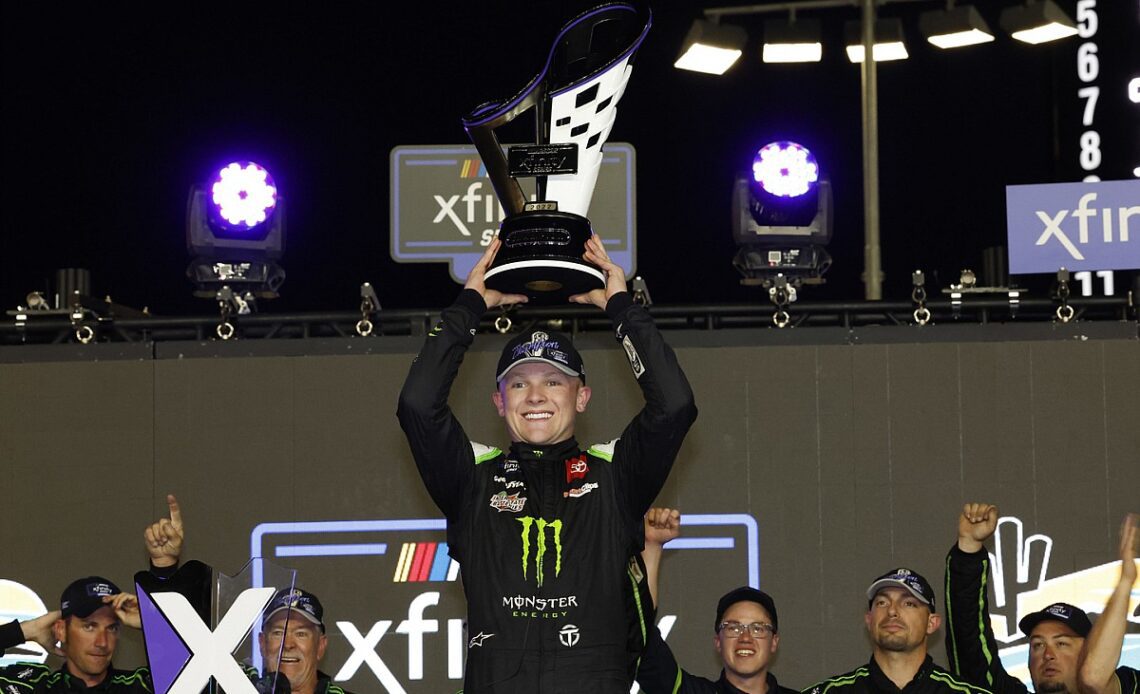 Joe Gibbs Racing (JGR) will change the number of the car from 18 to 54 ahead of the 2023 season. The team said in statement that “JGR intends to utilize the No. 18 in the NASCAR Cup Series in future years.” JGR has used the No. 18 in every points-paying Cup race since JGRs entry into the sport in 1992.

At the age of 20, Gibbs has shown huge promise in the lower divisions of NASCAR. After winning the 2021 ARCA title, he followed it up with a hard-fought championship in the NASCAR Xfinity Series. Gibbs also won in his Xfinity debut, going on to collect eleven victories in 51 starts.

Just hours after his NXS title triumph, Ty’s father Coy Gibbs, who was also the vice chairman and chief operating officer at JGR, died suddenly. At the age of 49, his passing sent shockwaves through the entire industry.

Ty has already been introduced to the Cup Series, subbing for the injured Kurt Busch at 23XI Racing in 15 races this past season. His best result came at Michigan, where he finished tenth.

Crew chief Chris Gayle, who led Gibbs to the Xfinity title, will continue to work with him in the Cup Series.

No sponsorship details have been released at this time.

Busch leaves the organization after 15 seasons together, winning the Cup title twice in 2015 and 2019, as well 56 race wins. He will drive for the Richard Childress Racing next year as a teammate to Austin Dillon.