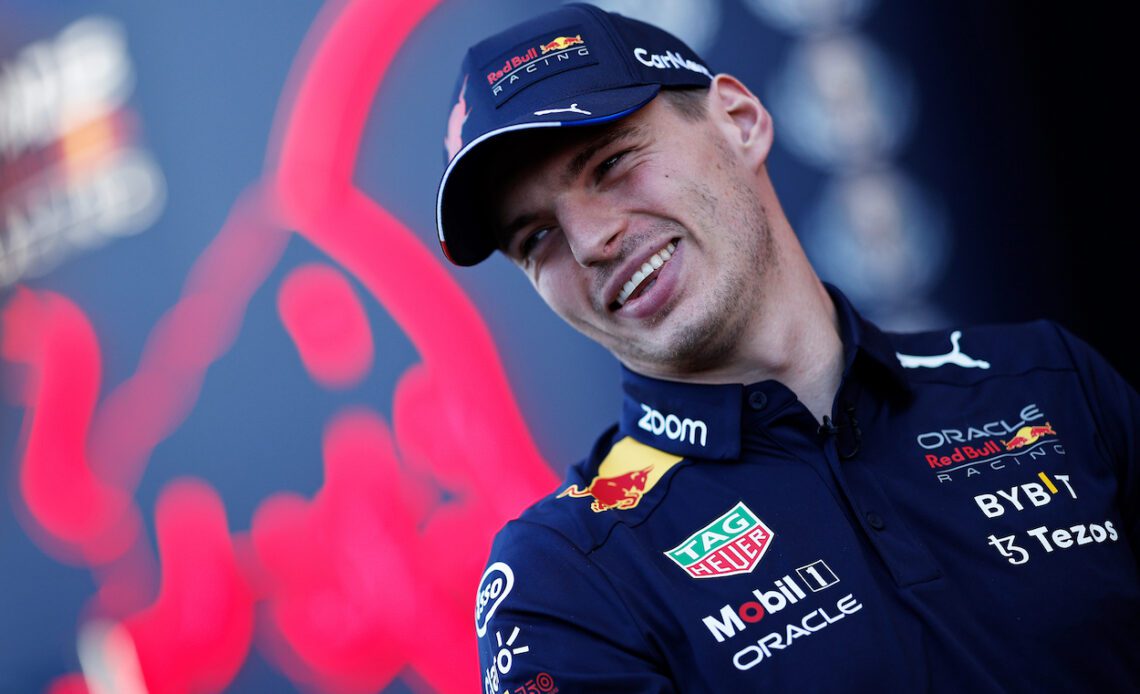 Following on from his hugely controversial win at the Abu Dhabi finale of the 2021 Formula 1 World Championship, many experts anticipated that Max Verstappen would be the man the grid was vying for in Formula 1 2022.

As Verstappen capitalized on some interesting decisions from the Formula 1 kingmakers to win his maiden F1 title, he looked set to have a target on his back of sorts heading into 2022.

However, the 2022 Formula 1 season has been the Max Verstappen show, with the flying Dutchman having won 14 of the regular season races already – to clinch the Driver’s Championship with ease.

For Christian Horner and Red Bull, the 2022 Formula 1 season has been a rip-roaring success, and in Max Verstappen they look to have one of the most precocious talents in world sport on their hands.

Perhaps the most impressive aspect of Verstappen’s procession to the Formula 1 title this season has been how he has been able to deal with the fledgling competition.

At the start of the season, the likes of Charles Leclerc and Carlos Sainz at Ferrari looked to be possessing the pace to trouble Verstappen.

However, the Dutchman showed all of his racing know-how to win 8 out of the last 9 Grand Prix on the Formula 1 calendar.

The relative element of fortune Verstappen has enjoyed this term has been around the lack of sustained challenge from Mercedes and, more specifically, Lewis Hamilton.

Having won the F1 Driver’s Championship on 7 occasions, there is no doubting Lewis Hamilton’s ability but his Mercedes car simply hasn’t been up to the task week in, week out in 2022.

New York wagering experts say that Verstappen has a good chance of winning. He has 14 race wins in 2022 and is +150 to win in the last two races of the season in Brazil and Abu Dhabi.

Lewis Hamilton, meanwhile, has been very vocal in his desire to win a race in 2022 and in Brazil and Abu Dhabi, he returns to tracks that hold mixed memories for him.

Hamilton is +750 to win in either of the season’s final two races as he looks to prove his worth ahead of next season.

Beyond the 2022 campaign for Max Verstappen is the prospect of being able to make it three Formula 1 Driver’s Championships in a row in 2023 and he looks very well placed to do just that.

Engineering innovations will, of course, be the key debate in the off-season, but Red Bull is always at the forefront of technological advancements and they will be eager to design a car that compliments Verstappen to the full next…