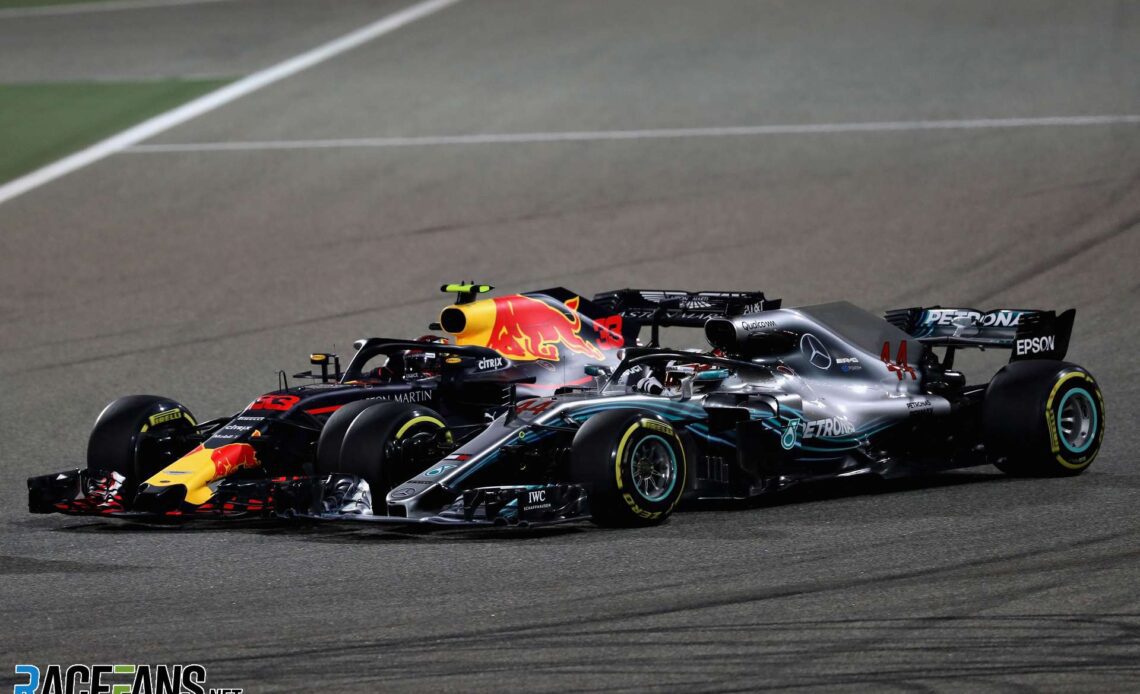 Following a series of run-ins, incidents and collisions with Max Verstappen, which became increasingly frequent throughout the bitter 2021 championship fight, Lewis Hamilton decided he needed to be tougher with his rival.

“I will be a more aggressive driver this year,” the Mercedes driver vowed ahead of the 2022 season. “You’ll see.”

Until last weekend we had little chance to see whether this was actually true or not. The Mercedes has not been competitive enough for Hamilton to find himself fighting Verstappen for victory as regularly as he did last year.

That began to change over the second half of the season, however. Finally in Brazil the two found themselves seriously disputing the same piece of asphalt again, and once more contact was made. Did the latest tangle in their eight years of racing each other show Hamilton has made good on his pledge to toughen up against Verstappen?

The pair had a few run-ins before they clashed for the first time. At Suzuka in 2016 Verstappen held off Hamilton with some strong defensive moves as they disputed second place. The following year in Malaysia Hamilton didn’t put up a fight against Verstappen as he ensured he banked crucial points towards his fourth world championship title.

But at the second race of 2018, the Bahrain Grand Prix contact was made. Hamilton lined up ninth on the grid after a gearbox change penalty, Verstappen 15th after crashing in qualifying. By the end of lap one Verstappen was in Hamilton’s slipstream as they headed for turn one, and moved to pass him on the inside.

Verstappen never quite made it fully ahead of Hamilton before the corner, but used the full width of the track at the exit, leaving Hamilton the option of backing out or going off the circuit. Hamilton backed off, but tagged Verstappen’s rear-left tyre, causing a puncture which put Verstappen out of the race.

The stewards issued no penalty, which Verstappen was unimpressed about. “He drove into my left-rear, gave me a puncture and also destroyed the diff,” he complained.

Hamilton, who went on to finish third, said he had no desire to collide with Verstappen. “I just backed out because I knew he was going to try to run me wide,” he said. “But then he just kept going. He didn’t need to keep going to the edge of the track.”