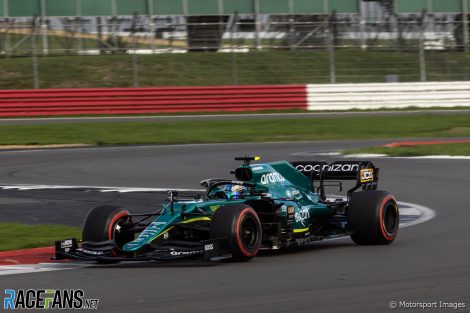 In the round-up: Williams admit junior driver Logan Sargeant has some pressure on him to secure his Formula 1 superlicence this weekend so he can race in the series next year.

Williams putting the pressure on Sargeant

Should Sargeant have a trouble-free practice outing at the Abu Dhabi Grand Prix this Friday, he will need to score 12 points in the final Formula 2 round this weekend to guarantee himself seventh place in the championship standings and therefore qualify for the FIA superlicence need to secure his place on the 2023 Formula 1 grid with Williams.

There are multiple outcomes where a points-free weekend will actually be enough for Sargeant to achieve what is being asked of him by Williams, but a haul of 12 points is enough in all eventualities. He has only managed that four times in 13 rounds so far, but currently lies third in the standings.

“I think it’s a difficult situation for him because he has to – we put a lot of pressure on him,” Williams’ technical director Francois-Xavier Demaison said last week.

“He has to get his licence, so it’s difficult to judge him on [his] FP1 because the only target is for him to reach 100km and score points. I don’t think it’s really fair to to judge him on this and we’ll have to wait for maybe the next test in Abu Dhabi where he could drive and not having this big pressure on him.

“But I think he’s a fast driver, he’s not stupid, so I’m quite sure we can do something with him in the future.”

Williams junior Zak O’Sullivan will move to the crack Prema team for his second season in FIA Formula 3.

O’Sullivan had aimed to step straight up to Formula 2 after finishing 11th in his rookie F3 season with Carlin, but missed out on the seat he was targeting and instead signed with Prema after driving for the team in post-season testing.

“It will be a new environment for me, but Prema’s history says all we need to know, so hopefully, we can have a good year together,” he said.

The 17-year-old British-Irish driver started his car racing career three years ago in Ginetta Junior, then moved up to British Formula 4. In both he was championship runner-up, then in 2021 he won the GB3 title and a prize F1 test with Aston Martin.

The Abu Dhabi GP will be supported by races for F4 cars, and…