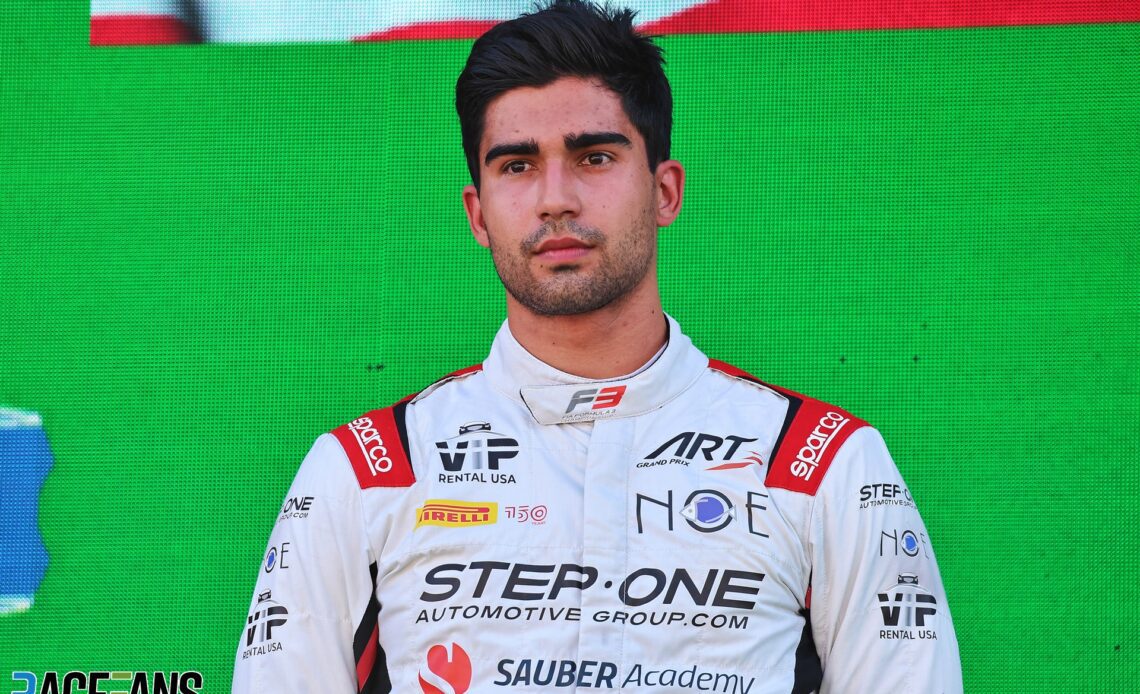 Juan Manuel Correa, who was seriously injured in a crash during a Formula 2 race three years ago, will return to race in the category for the first time in Abu Dhabi this weekend.

The 23-year-old will drive for Van Amersfoort racing in the number 24 car previously driven by Jake Hughes and David Beckmann.

Correa was involved in the 2019 crash at Spa-Francorchamps which claimed the life of Anthoine Hubert.

The crash left Correa with multiple fractures to both legs and doctors considered amputating his right leg at one stage. He spent almost three weeks in an induced coma and underwent a series of surgeries to reconstruct his legs.

Correa returned to racing in Formula 3 last with the ART team which ran him in F2. He continued in the championship this year but missed the two races at Imola after sustaining another leg fracture early in the season.

He ended the year 13th in the standings, achieving a best finish of second in the sprint race at Zandvoort from a partially-reversed grid.

At the time of his 2019 crash, Correa lay 12th in the standings in his first season of F2 and had recently tested a Formula 1 car for Alfa Romeo.

Correa is one of two changes in the F2 driver line-up for the final race weekend of the year. His fellow F3 driver Zane Maloney will make his debut in the series for Trident.