Ferrari need double podium to ward off Mercedes for second 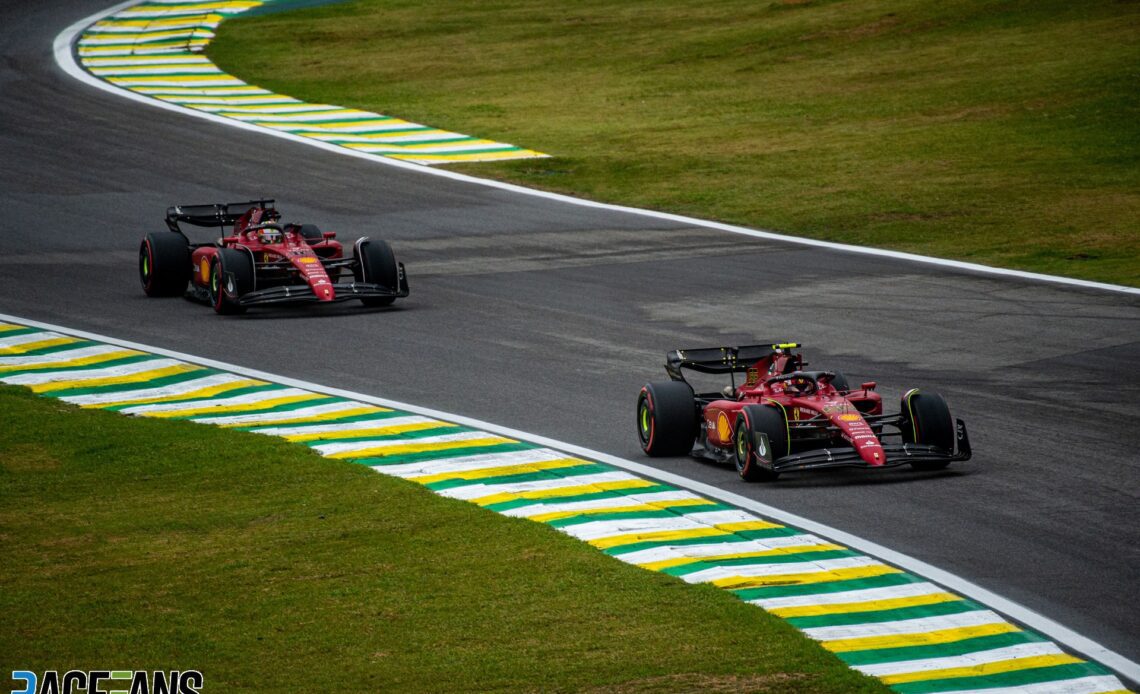 In the round-up: Carlos Sainz Jnr says Ferrari must get both cars on the podium this weekend to ensure Mercedes do not overtake them for second place

Carlos Sainz Jnr says Ferrari must get both cars on the podium this weekend to ensure Mercedes do not overtake them for second place in the constructors’ championship.

Ferrari head into the final race in Abu Dhabi this weekend with a 19 point advantage over Mercedes after dropping 21 points to their rivals last weekend in Brazil after George Russell and Lewis Hamilton secured their first victory and one-two of the season. Sainz says he is confident that Ferrari can have a good result against Mercedes this weekend.

“It’s not going to be an easy thing for them. We just need to focus on getting the two cars up there in the podium places and then nothing will happen. But if they dominate the weekend, they do a one-two, then there is where it starts getting complicated, because it means we need to finish third and fourth. So it depends also on their competitiveness. But I believe that we can also finish the year on a high.”

Daniel Ricciardo admits that this weekend’s season-ending Abu Dhabi Grand Prix could turn out to be his final race of his Formula 1 career.

The McLaren driver will leave the team after this weekend after the team terminated his contract a year early due to consistently disappointing results. Ricciardo does not have a seat on the grid for next season, with all driver line ups for the ten teams all but officially confirmed.

“Mentally, I’m not treating it like it’s going to be my last ever race – but it could be,” Ricciardo admitted. “Like, I know that nothing’s guaranteed in the future. So I’m just kind of going out to enjoy it.

“I’m not going to get too emotional about the thought of ‘oh is it the last one or not’. But I do want to enjoy it and just take it for what it is. I’ve got a grid penalty. I normally go better when I have penalties – I actually asked for a five place penalty, but three will do.”

Correa surprised to have F2 return so soon