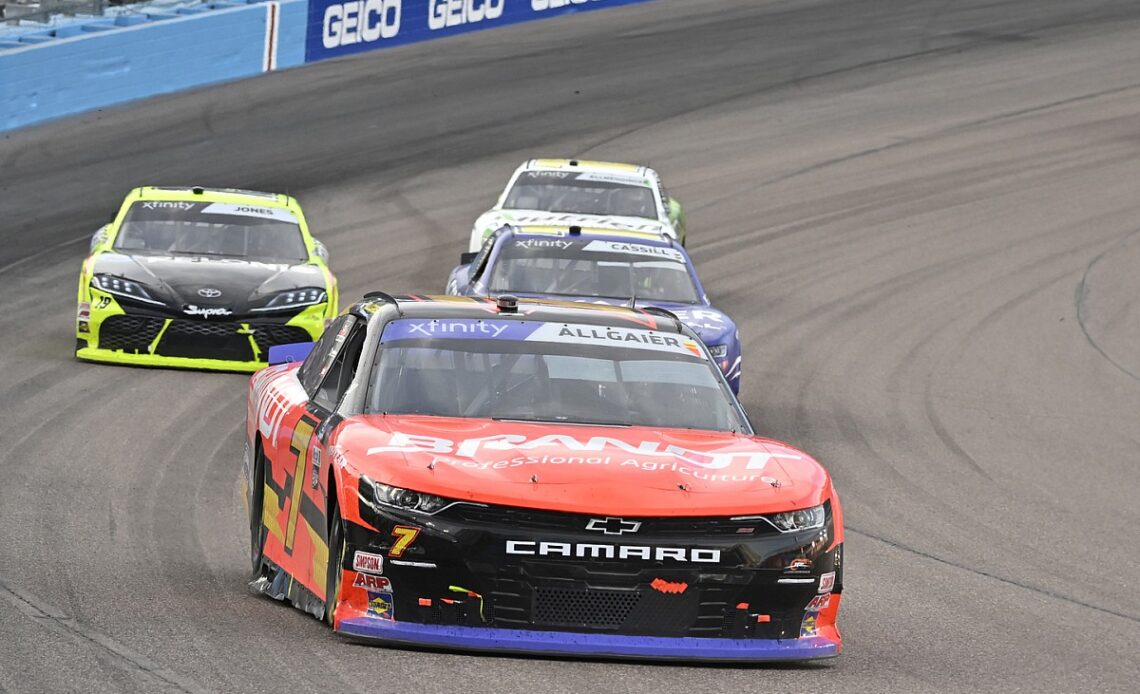 Jim Pohlman will become the new crew chief on the No. 7 with driver Justin Allgaier and Mardy Lindley will join the No. 1 team with driver Sam Mayer.

“As successful as 2022 was for JR Motorsports, we’re always asking ourselves ‘How can we be better?’ ” said Mike Bumgarner, JRM’s director of competition. “While we performed at a very high level this season, a tweak here or there can help push us even further.

“We were fortunate to bring in Jim and Mardy. Both have past success with their drivers and we expect that will aid in making a smooth transition.”

JRM drivers accounted for three of the four drivers who competed for the 2022 Xfinity Series championship at Phoenix on Nov. 5. However, Joe Gibbs Racing’s Ty Gibbs came away with the title in his first full year in the series.

Entering his ninth season with JRM, Burdett is the company’s winningest crew chief with 18 victories. Burdett, who led Allgaier to Championship 4 appearances in five of the last seven seasons, will move to the No. 9 with Jones, a new driver to JRM.

Moyer, Mayer’s crew chief last season, moves to the No. 8 team with Berry for 2023 to fill the role vacated by Bumgarner.

A native of Oak Lawn, Ill., the 43-year-old Pohlman comes to JRM by way of Richard Childress Racing to take over the No. 7 team. In 2008, Pohlman helped Allgaier secure an ARCA Menards Series championship. Pohlman also spent time at the Cup Series level, most notably as crew chief for Juan Pablo Montoya in 2011.

Lindley, a decades-long veteran of the sport who spent the last two seasons at Kyle Busch Motorsports, joins Mayer in 2023 to lead the No. 1 team. The two netted championships in what is now the ARCA East Series in 2019 and 2020.