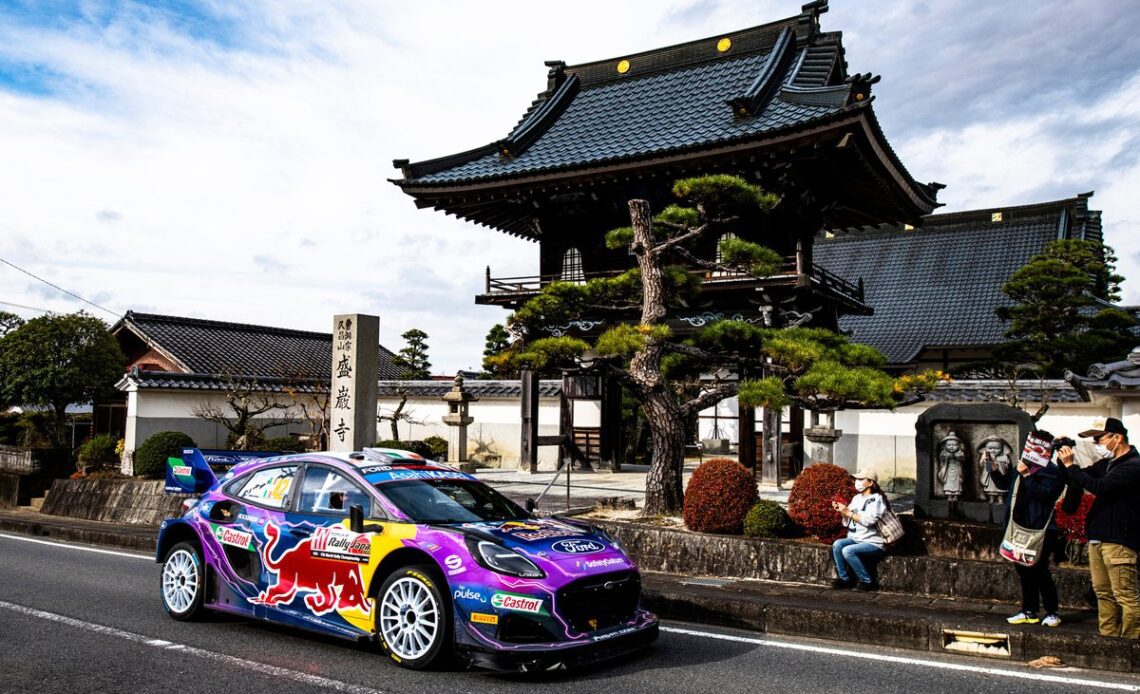 The Irishman had joined the British squad on a two-year deal starting this season, but today the team has confirmed an amicable decision between both Breen and the operation has been reached to part ways.

Breen has endured a difficult season behind the wheel of the Fiord Puma that has been plagued by crashes, resulting in a run to seventh in the championship.

The partnership started on a promising note thanks to Breen and co-driver Paul Nagle delivering a third-place finish in Monte Carlo, but the only other appearance on the podium came at Sardinia with a run to second in June.

Breen’s future at the team next year had been in question with the 32-year-old being linked to a return to Hyundai’s third car, which he shared from 2019-2021. Hyundai is expected to reveal its 2023 driver-line-up this week.

“I want to extend a big thank you to M-Sport and the whole team for everything they’ve done for me this year,” said Breen.

“It has been an important season as my first full-time drive and to complete that in a Puma has been fantastic.

“There have been a lot of fun times and laughs together on this albeit, short journey. M-Sport has a real family feel and it will be sad to leave that behind.

“It has been a great experience for me to be part of the team, but ultimately, it’s time to move on. I’m looking forward to the future and continuing to build my partnership with James [Fulton]. I wish the team all the best for next season.”

M-Sport team principal Richard Millener added: “It’s been a pleasure working with Craig, and I was personally very happy to get him and Paul [Nagle] in the team this year after a lot of hard work making it happen.

“I think we all knew the potential that was there, and I’ll always remember a lot of highs from the year – not least the double podium he secured for the team alongside Sébastien Loeb at the start of the year. Unfortunately, though, sometimes things just don’t quite click, and this is the reality of the situation we face.

“Craig is a very talented driver and I have no doubt that he has more yet to achieve in his career, but the team feel we need a new approach for 2023.

“We wish Craig and James the very best of luck for the future, and we now turn our attentions towards next season and securing a competitive line-up for the Puma Hybrid…