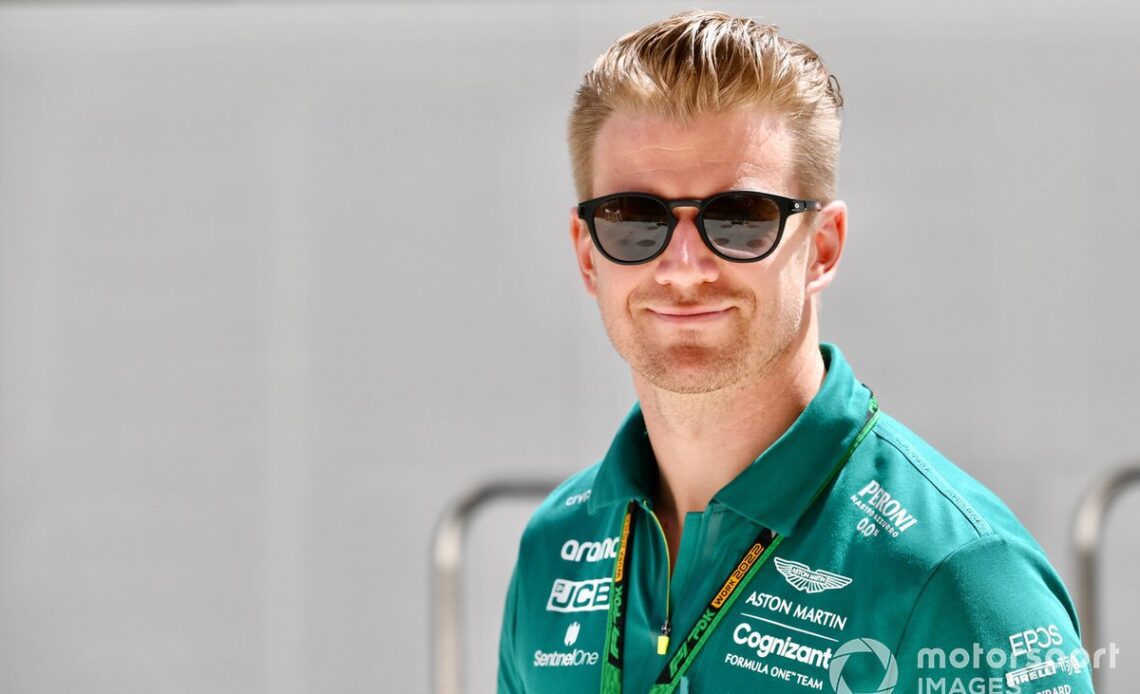 Hulkenberg will have an opportunity to sample this year’s car in the Pirelli test in Abu Dhabi on Tuesday, with reserve driver and rookie Pietro Fittipaldi driving the team’s other machine.

Hulkenberg’s name first emerged as a potential candidate for Haas back in September, with Antonio Giovinazzi – the favoured choice of engine partner Ferrari – his main rival for the job.

Team boss Gunther Steiner has always insisted that Ferrari could only advise on drivers, and a crash in FP1 in Austin ended any lingering hopes that Giovinazzi may have had.

The decision to replace Schumacher with Hulkenberg reflects a remarkable change in strategy by the team, which ran two rookies in 2021 and will now head into next season with two drivers who will have over 320 Grands Prix starts between them.

Steiner made it clear that Hulkenberg’s experience was key to him getting the nod and returning to F1 full-time after three years out.

“I’m naturally very pleased to be welcoming Nico Hulkenberg back to a full-time racing role in F1,” Steiner said.

“The experience and knowledge base Nico brings to the team is clear to see – with nearly 200 career starts in F1 – and a reputation as being a great qualifier and a solid, reliable racer.

“These are attributes, which when you pair them together with Kevin Magnussen’s experience, gives us a very credible and well-seasoned driver line-up which we believe will help push the team onwards up the grid.

“That’s obviously the goal and it was that ambition that has prompted Nico’s return to F1 – he shares our vision and can be a key player together with the rest of the team in building on the foundations we’ve laid this year with our return to the points battle.”

Hulkenberg said: “I feel like I never really left Formula 1. I’m excited to have the opportunity to do what I love the most again and want to thank Gene Haas and Gunther Steiner for their trust.

“We have work ahead of us to be able to compete with all the other teams in the midfield, and I cannot wait to join that battle again.”

Hulkenberg has a stellar junior CV, having led Germany to the 2006-7 A1 GP title before winning the European F3 championship in 2008 and the GP2 crown in consecutive…