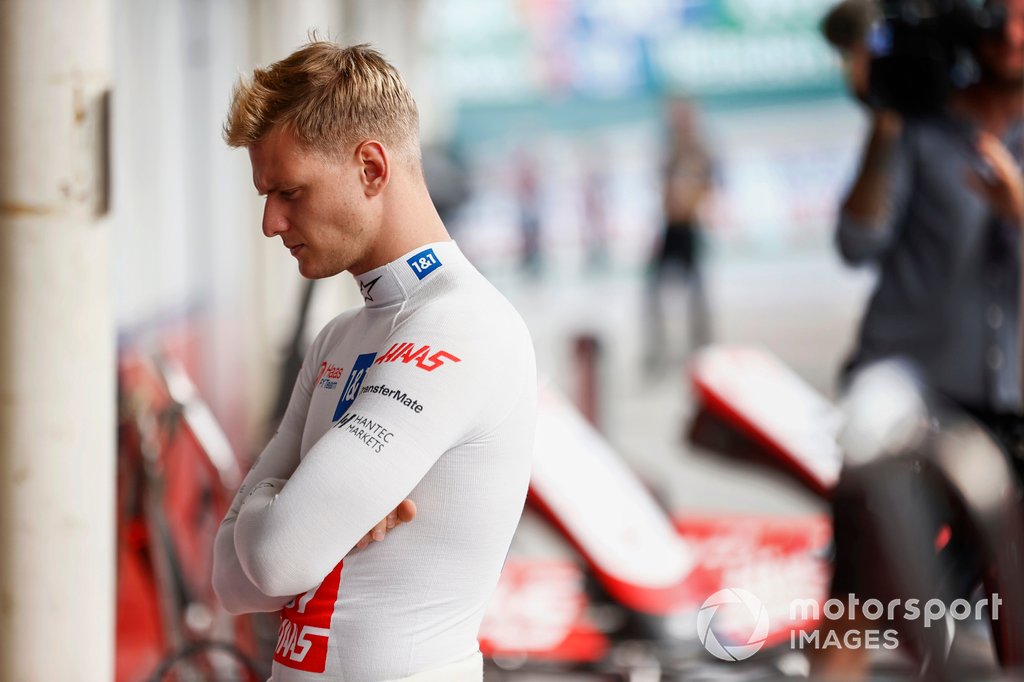 Following a tough 2021 rookie season at the back of the grid, Schumacher showed more promise with Haas this season alongside Kevin Magnussen, but a spate of incidents dented his chances of staying on for a third consecutive season.

After long discussions, team boss Gunther Steiner and owner Gene Haas agreed to replace Schumacher and instead turn to the experience of 35-year-old Nico Hulkenberg, who returns after a three-year break from full-time racing.

Steiner explained he wanted to ‘fix certain things in the team’ which would be easier to do with a more experienced driver like Hulkenberg, who has driven for several teams throughout his first, decade-long stint in the series.

A disappointed Schumacher first reacted to the news on social media, closing his statement with the initials PTW, which stands for Prove Them Wrong.

In the Abu Dhabi Grand Prix press conference Schumacher explained that he wants to prove everyone wrong – and not just Haas – who has been doubting his capabilities over the past two years.

“PTW, it’s what I’ve been saying most part of this year,” he replied when asked by Autosport to explain his message.

“I just felt like saying that because I think I want to prove everybody wrong who doesn’t believe in me, because I know what I can do. I’ve proven that in the junior categories, and I don’t see a reason why I can’t do that.”

Schumacher acknowledged his ups and downs at Haas but felt his performance curve was trending upwards over the second half of 2022 compared to team-mate Magnussen.

After the summer break, Schumacher outqualified his more experienced teammate three times and on three other occasions he qualified within two tenths.

Haas struggled to maintain its place in the midfield however, and Magnussen was responsible for the only three points the team scored since July’s Austrian Grand Prix.

“Obviously, it’s disappointing in some ways, because I feel like I’ve been doing a good job up to this point,” Schumacher explained.

“We’ve had our ups and downs, for sure. But I think that the trend was always pointing upwards. And I think that’s what’s important, and it’s only my second year.

“It was definitely something I had to get used to, being in the midfield pack fighting, and I feel that across the year we’ve managed to do that. And I feel like I’ve extracted the maximum amount of each situation. The trend is there.”