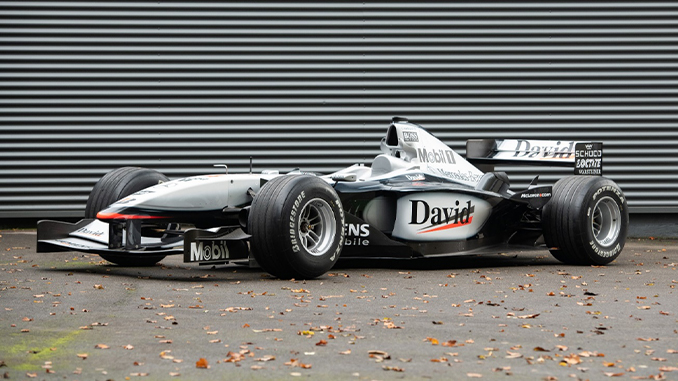 From a race-winning Formula One car to era-defining hypercars and one of the great pre-war roadsters, the Munich sale has it all

MUNICH, GERMANY – November 17, 2022 – (Motor Sports NewsWire) – There are only days remaining until RM Sotheby’s conducts its eagerly awaited Munich auction, to be held at Motorworld on 26 November.

With modern-day Formula One cars making a lot of headlines during 2022, there will undoubtedly be many eyes on the 2001 McLaren MP4-16. The chassis offered boasts remarkable provenance, having won the Austrian Grand Prix at the hands of one of McLaren’s most respected drivers of the era, David Coulthard. This example also achieved two pole positions in San Marino and Monaco, and two fastest laps in Austria and Monaco. This Adrian Newey-designed car was powered by a mighty 3.0-litre V-10 Mercedes-Benz powerplant and was one of the few Formula One racecars to break the Schumacher-Ferrari hold on the sport that existed in the early 2000s. It is estimated at €1,700,000 – €2,000,000. 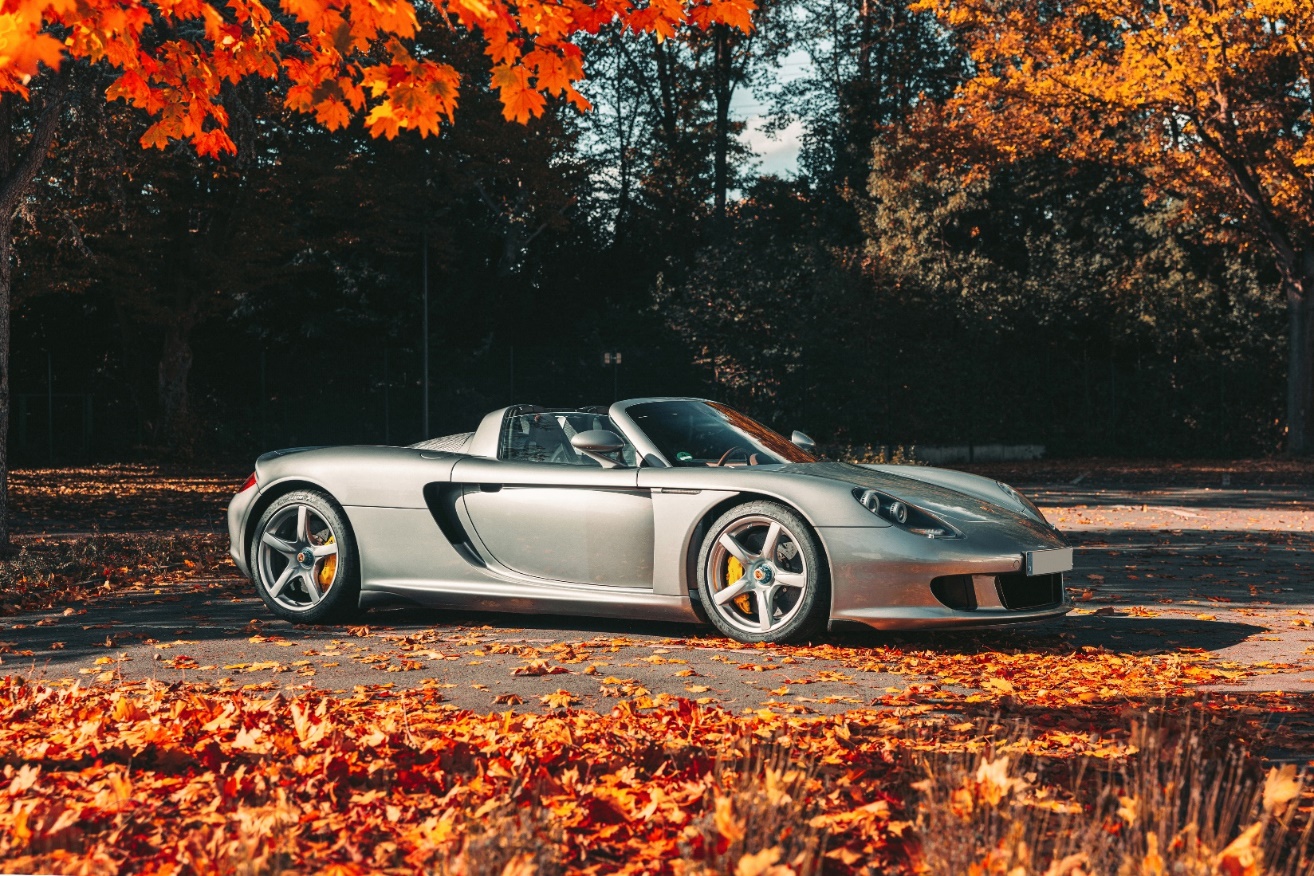 The 2005 Porsche Carrera GT is unquestionably Porsche’s landmark hypercar, equipped with a 612 PS dry-sump V-10, derived from Porsche’s Formula One and Le Mans programs as a motorsport-inspired engine mated to a six-speed manual gearbox. Only 1,270 Carrera GTs were built and the stunning body was Porsche’s first carbon fibre monocoque. This example was delivered to Porsche Leipzig in Germany in October 2005, and boasts an exceptional service history, with servicing over the past two years totalling in excess of €27,000 (Estimate: €1,100,000 – €1,500,000). 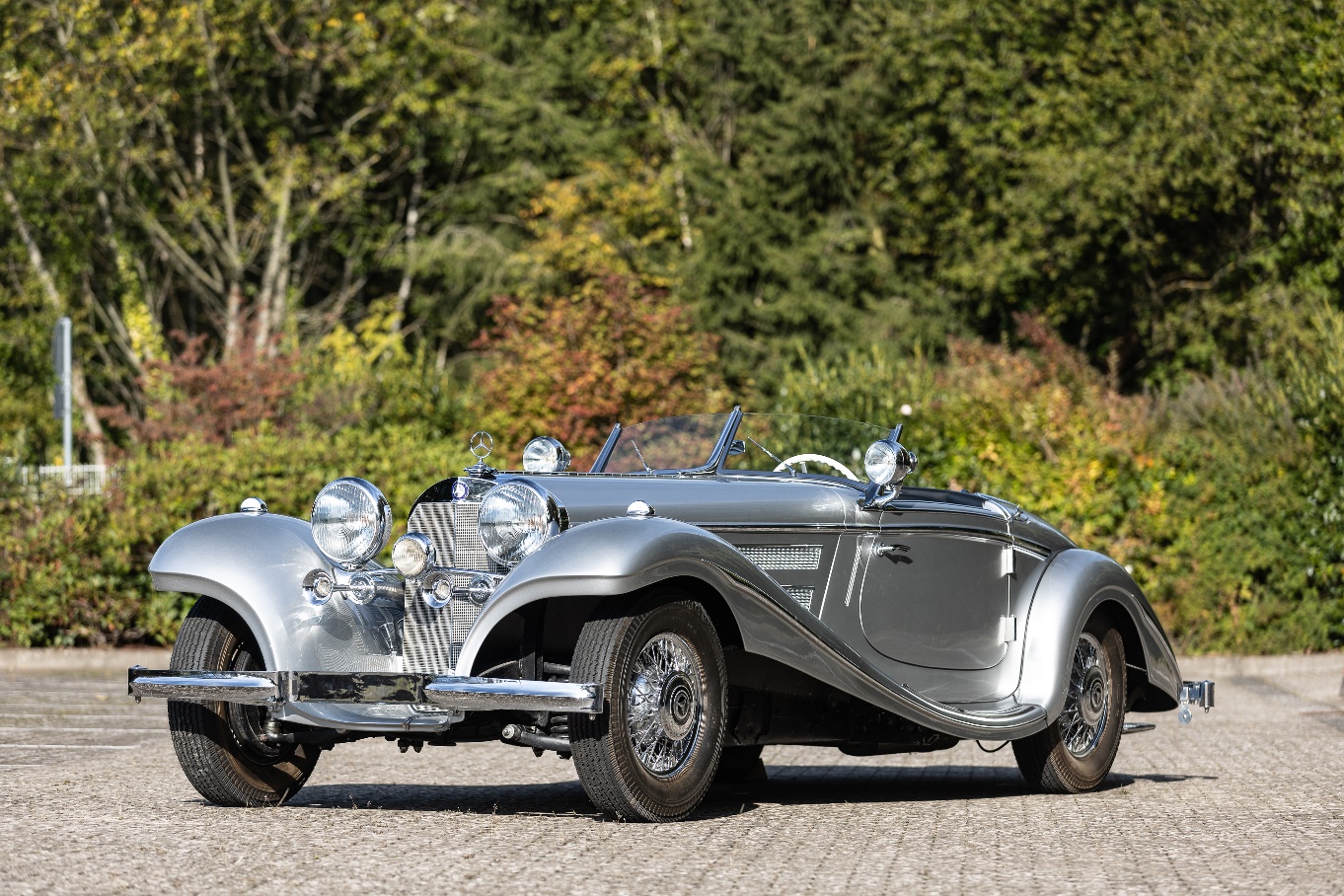 Few cars of any era are as rare, imposing, and capable as the supercharged 1938 Mercedes-Benz 540 K Special Roadster in the style of Singelfingen. Originally built by the factory as a 540 K Cabriolet B in 1938, and retaining its matching-numbers chassis and engine, the car was painstakingly rebodied and restored in the style of a Special Roadster between 2004 and 2006. At a fraction of the price of an original Special Roadster, this remarkable car represents outstanding value, with an estimate of €1,200,000 – €1,600,000.

For further information on RM…