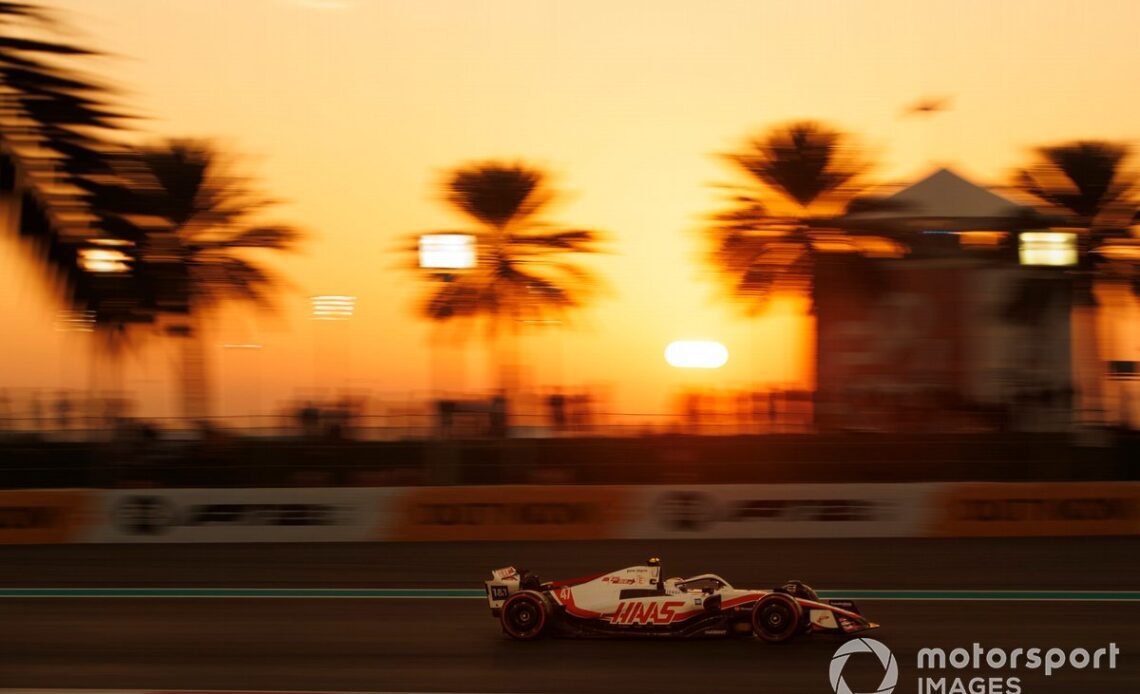 After the dramatic Brazilian GP and the Red Bull team orders fallout, the 2022 F1 season concludes at its familiar final round in Abu Dhabi.

While both F1 world titles are sewn up, the fight for the runner-up spot in the drivers’ world championship will take the main focus with Sergio Perez and Charles Leclerc level on points going into the final round.

Verstappen set the pace in FP2, having missed the opening practice session as part of Red Bull’s rookie driver run requirement, with the world champion and Red Bull looking the strongest package this weekend.

Fresh from his maiden F1 win, George Russell took second in FP2 for Mercedes ahead of Leclerc, with Lewis Hamilton in fourth and Perez in fifth.

What time does qualifying start for the F1 Abu Dhabi Grand Prix?

How can I watch Formula 1?

In the United Kingdom Formula 1 is broadcast live on Sky Sports, with highlights shown on Channel 4 several hours after the race has finished. Live streaming through NOW is also available in the UK.

Sky Sports F1, which broadcasts the F1 races, can be added as part of the Sky Sports channels which costs £20 a month for new customers. Sky Sports can also be accessed through NOW with a one-off day payment of £11.98p or a month membership of £33.99p per month.

How can I watch F1 Abu Dhabi GP qualifying?

Autosport will be running a live text coverage of qualifying here.

When can I watch the highlights of F1 Abu Dhabi GP qualifying?

In the United Kingdom Channel 4 is broadcasting highlights of qualifying for the Abu Dhabi GP at 6:40pm GMT on Sunday evening. The full programme will run for 90 minutes, covering both qualifying and wrapping up the major talking points of the race weekend so far.

For the entire 2022 F1 season, Channel 4 will broadcast highlights of every qualifying and race of each event. The highlights will also be available on Channel 4’s on demand catch up services.