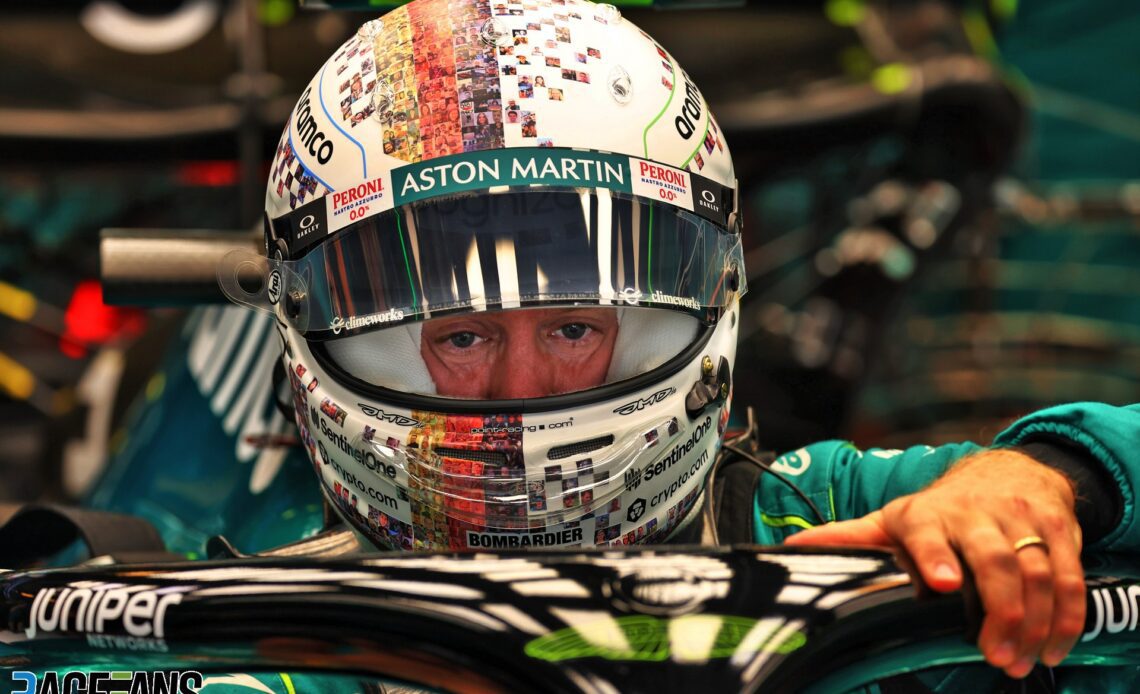 Ever-changing helmet designs became a trademark of Sebastian Vettel’s style when he dominated Formula 1 in the early noughties, so of course he was going to come up with a special one for his ‘final lap’ as a grand prix driver.

Here’s what he and his rivals are wearing this weekend – including those who’ve copied his style in tribute to the four-times champion.

Vettel invited his fans to bid through an auction to have their faces appear on the helmet he will use for his final grand prix. They’ve been arranged to form his familiar German tricolour layout.

Fernando Alonso will wear a helmet matching Vettel’s style as a tribute to the driver he fought for the 2010 and 2012 championships until the final rounds – both won by Vettel.

“Danke Seb,” said Alonso on social media. “One last time sharing the track with you. It will be emotional and sad at the same time, but I wish you all the best for your next chapter.”

Vettel has a close relationship with Mick Schumacher, his fellow German driver who will also bowing out of F1 after this weekend’s race, having lost his seat at Haas. Schumacher will also sport a Vettel-style helmet.

At the end of a seasonwhich promised so much for Ferrari to begin with, Charles Leclerc is saying thank you to his team with a design featuring the Italian flag and the names of many team members.

Having driven for AlphaTauri…