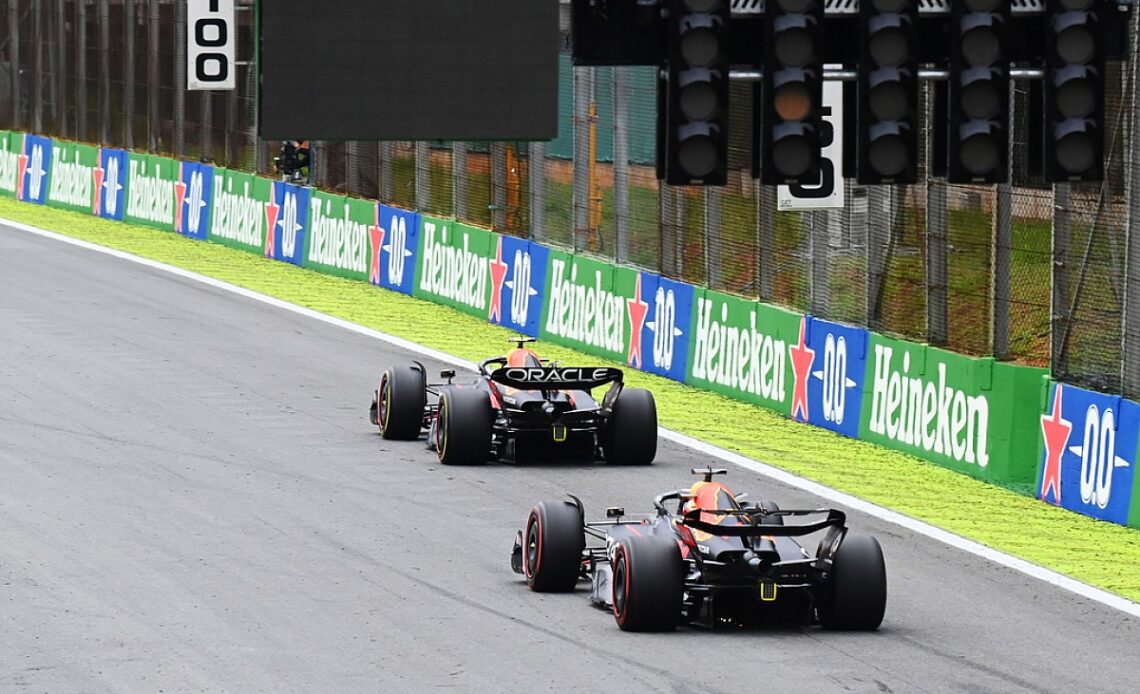 Ever since the overtaking aid was introduced at the start of the 2011 season, drivers have only ever been allowed to activate it from the beginning of the second lap after a start or safety car restart.

It was felt that allowing its use immediately after the lights went out could trigger chaos and potential accidents when the field is bunched too close together.

But with drivers well able to break clear of the one-second DRS zone over two laps, F1 wants to see if the spectacle can be improved with it being allowed one lap earlier than now.

During a meeting of the F1 Commission in Abu Dhabi on Friday, it was agreed that experiments would take place at next year’s sprint races.

For the six Saturday sprints in 2023, the activation of DRS after the start or a safety car restart will now begin following one lap of action, rather than two.

All other aspects of the DRS rules, including the one-second detection limit, will stay as they are currently.

If the experiments prove a success in improving the show without causing any problems, then the idea is to introduce it fully in F1 from 2024.

F1 has long hoped that it may eventually be able to get rid of DRS, but it still feels that the device is necessary to help make the races exciting.

It has also been agreed that for sprint races next year, a different structure will be introduced to deal with paying for accident damage that teams suffer from.

Rather than teams claiming back for repairs, they will now be allowed a fixed amount per team per event.

This means that for each sprint, teams will get an allowance within the cost cap for $300,000, as opposed to the current $150,000 limit. All other allowances for minor and material damage compensation will be removed from the regulations.

The F1 Commission is also looking at potential tweaks to the current parc ferme rules for sprint weekends to simplify matters, where setups are currently fixed from Friday’s qualifying session.