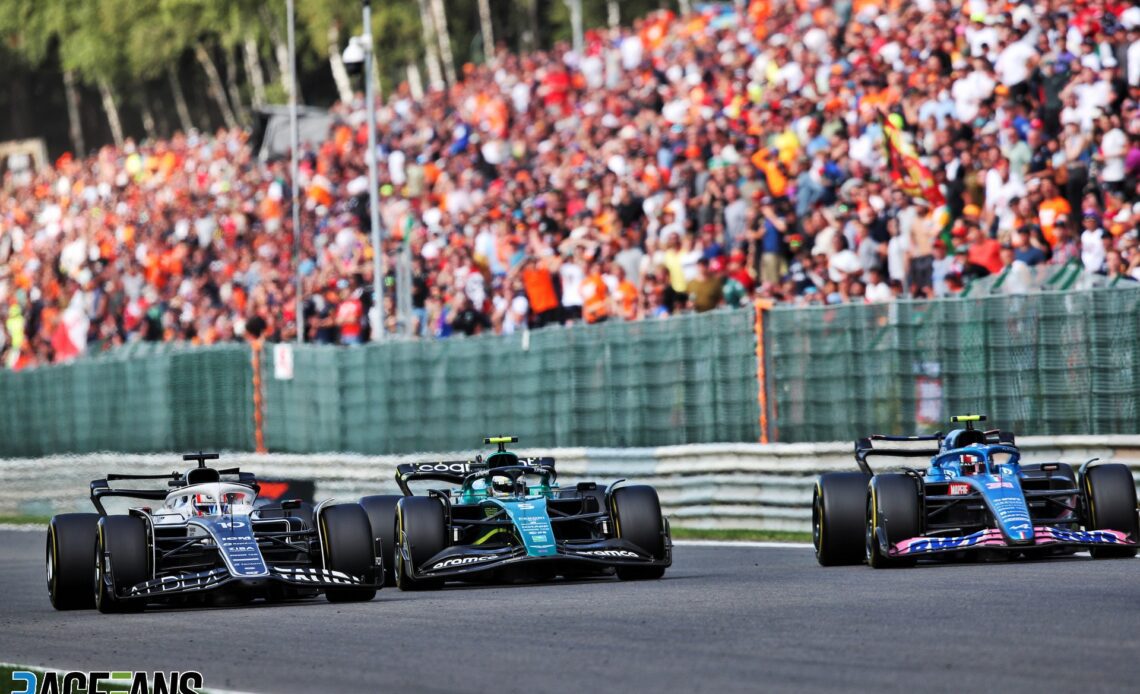 Formula 1 will trial a change to its rules next year which will allow drivers to activate DRS earlier than usual during sprint races.

Under F1’s current regulations, DRS cannot be activated within two laps of the start of a race, or the end of a Safety Car period.

The FIA has confirmed that delay will be reduced to one lap next year, but only in sprint races. There are six sprint races scheduled alongside the 24 grands prix on the 2023 F1 calendar.

The proposal was approved by the F1 Commission and requires the approval of the World Motor Sport Council before it is added to the sport’s rules. This is likely to prove a formality.

The FIA said in a statement the F1 Commission “approved a proposal to evaluate a method to keep the field closer together and encourage closer racing by bringing the activation of the DRS forward by one lap at the start of a race or sprint session, or following a Safety Car restart.”

“This will be trialled during each sprint session in 2023 with a view to introducing it for all races in 2024,” it added.

The Drag Reduction System was introduced in 2011 as a means of aiding drivers’ attempts to overtake each other. F1 made drastic changes to its technical regulations for this season in order to further increase overtaking, which prompted some in F1 to suggest DRS could eventually be phased out.