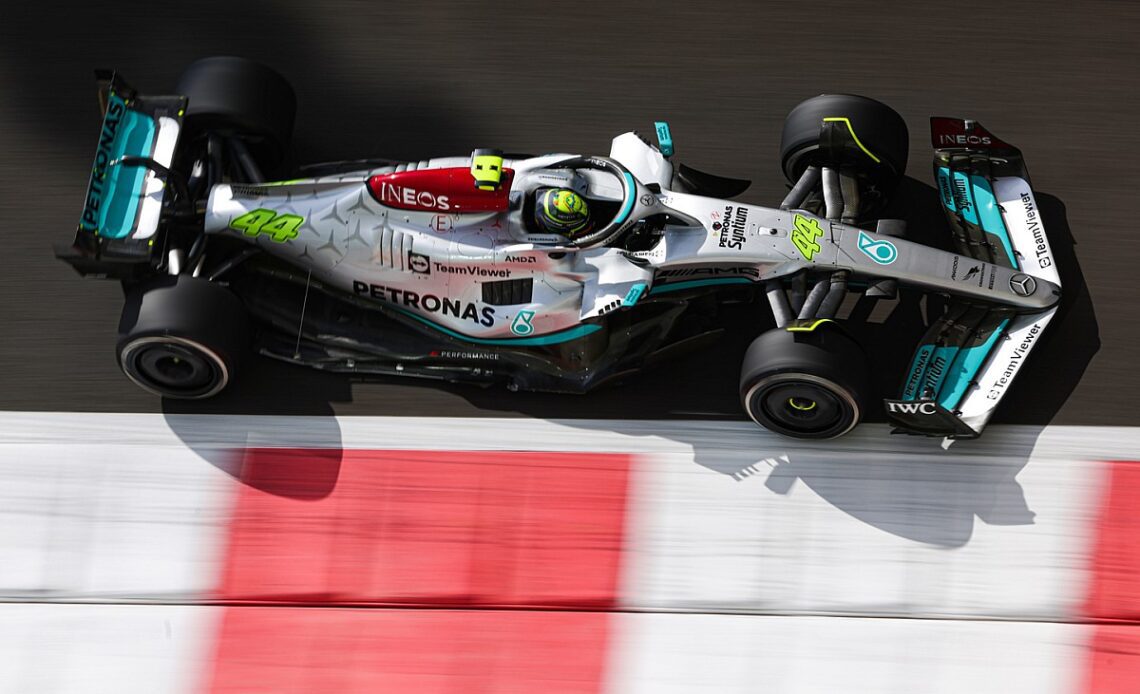 Five days after Mercedes ended its win drought in 2022 with victory in Brazil, the silver cars once again rose to the head of the running order during the daytime practice at the Yas Marina Circuit.

The early part of the session featured Sergio Perez and Charles Leclerc – who go head-to-head for second place in the championship this week – trading fastest lap times on the soft compound tyre.

While the likes of Alex Albon and Valtteri Bottas briefly occupied P1 on their soft tyre runs, it was Leclerc who pulled seven-hundredths of a second clear of Perez at the top with 20 minutes remaining in the session.

But Mercedes gave Hamilton and Russell a chance to put in an effort on the soft compound tyre with 15 minutes remaining, allowing both drivers to shoot up the order.

Although it was a positive first indication for Mercedes in Abu Dhabi, both qualifying and the race will start three hours later than FP1 did, meaning conditions will be vastly different at dusk and into the night.

Leclerc and Perez were left to settle for third and fourth place respectively, while Liam Lawson finished as the top young driver in the session with P5 for Red Bull.

Lawson was one of seven youngsters taking part in FP1 as teams completed their rookie driver requirement for practice sessions this year, giving an opportunity to those with two grand prix starts or less.

The Kiwi put in some impressive times on the hard compound tyre in the early part of the session before rising up to fifth on softs late on, with the only minor issue coming when he turned into his pit box and required a push after narrowly overshooting the turn-in angle. Lawson told Red Bull over the team he was used to driving further down the pit lane.

Sebastian Vettel took sixth place for Aston Martin in his final FP1 session as an F1 driver. Before getting into the cockpit, he was greeted by his father, Norbert, in the garage, and presented with his first racing gloves and race suit from when he was a child.

Robert Shwartzman finished seventh for Ferrari in his second FP1 outing of the season for the team, while Daniel Ricciardo slotted into eighth place for McLaren. Bottas and Albon rounded out the top 10 after being shuffled down the order following their earlier efforts.