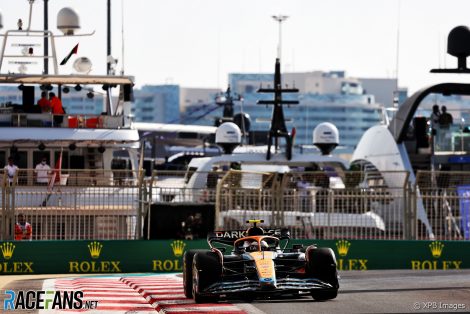 In the round-up: Kevin Magnussen revealed the bizarre ordeal he experienced trying to return to the Interlagos paddock following his retirement from the Brazilian Grand Prix.

Magnussen revealed marshals at the Interlagos circuit had to cut a hole in a fence so he could return to the paddock after he retired from the Brazilian Grand Prix last weekend.

The Haas driver started seventh in Sunday’s grand prix but was hit and spun on the opening lap by Daniel Ricciardo, putting both out of the race. However, Magnussen was not taken back to the paddock and was forced to sit in the infield and wait for the race to conclude.

“It was crazy,” Magnussen said. “I don’t know what went on, but it was the most dangerous thing I did all weekend – despite all the driving.

“For whatever reason, I didn’t catch a ride back to the pits. Daniel took me out of the race and then jumped in the Safety Car and took my ride back home to the pits and then I was left at the side of the track the whole race. I tried to speak to the marshals, but they didn’t speak a word of English – none at all.

“After the race, I was kind of waiting for someone to come pick me up or something and the marshals started leaving. And then I was like, ‘okay, what do I do?’. So I walked the same direction, but ended up by a fence that I couldn’t really see a way around. Of course, I could have walked the whole track and went around the start-finish straight, but there was all the fans. The marshals realised that I was in trouble and cut a hole in the fence and lifted me through the fence, which was kind of sketchy.”

Magnussen said he later received an apology from the event officials for their failure to collect him. “I’m glad I wasn’t Lewis Hamilton in Zandvoort, that would have been really sketchy,” he laughed.

Patricio O’Ward said he feared his Friday practice run for McLaren would be cut short by a technical problem on his way out of the pit lane.

IndyCar racer O’Ward participated in the first practice session in Abu Dhabi in place of Lando Norris. He completed 22 laps over the hour, but had to cruise back to pit lane on his very first lap out of the pits after his McLaren developed a problem.

“At that point, I was just trying to…