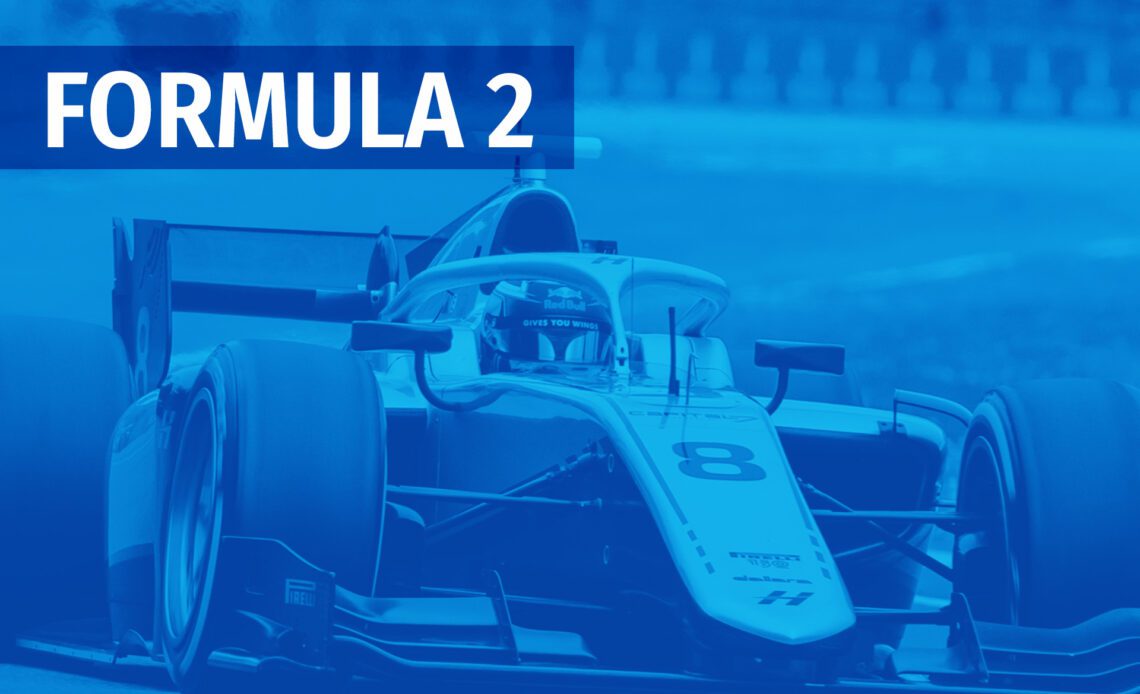 Despite not troubling the top of the times throughout much of the half-hour session, Iwasa’s final lap saw him beat team mate Nissany by less than five-hundredths of a second before a red flag effectively ended the session. Theo Pourchaire took third on the grid for Sunday’s feature race ahead of champion Felipe Drugovich.

With qualifying taking place immediately after the conclusion of the opening F1 practice session, Drugovich was one of three drivers who climbed out of the cars they had been lent for the first F1 practice an immediately jumped back into their Formula 2 machines for qualifying. The other two were Liam Lawson and Jack Doohan.

When the session began, Pourchaire set the initial benchmark time with a 1’37.145, which could not be matched by Juri Vips, Lawson and Jehan Daruvala. Doohan jumped to the top of the times with a 1’36.677 only seconds before his Virtuosi team mate Marino Sato lost control of his car entering turn 13, spinning into the barriers. That brought out the red flags while Sato’s car was recovered.

The session eventually resumed with just over 23 minutes of time remaining. Pourchaire improved on his second flying lap by two tenths of a second, but remained in second place behind Doohan. Daruvala also improved to move into third, with Dennis Hauger taking fourth place.

With around 15 minutes of time remaining, the track fell silent. It was only until just over 10 minutes were left that the drivers began peeling out of the pit lane and back onto the circuit as the sun slowly began to set over the Yas Marina circuit.

Sitting in sixth place, champion Drugovich was one of the first drivers to commence another flying lap. He successfully went quickest after a strong final sector, but he was immediately beaten by Pourchaire, who took provisional pole by almost two tenths from Drugovich. Logan Sargeant then grabbed a provisional spot on the front row start by improving to second place, while Doohan threw away an opportunity to take back pole by brushing the wall on the exit of turn 14.