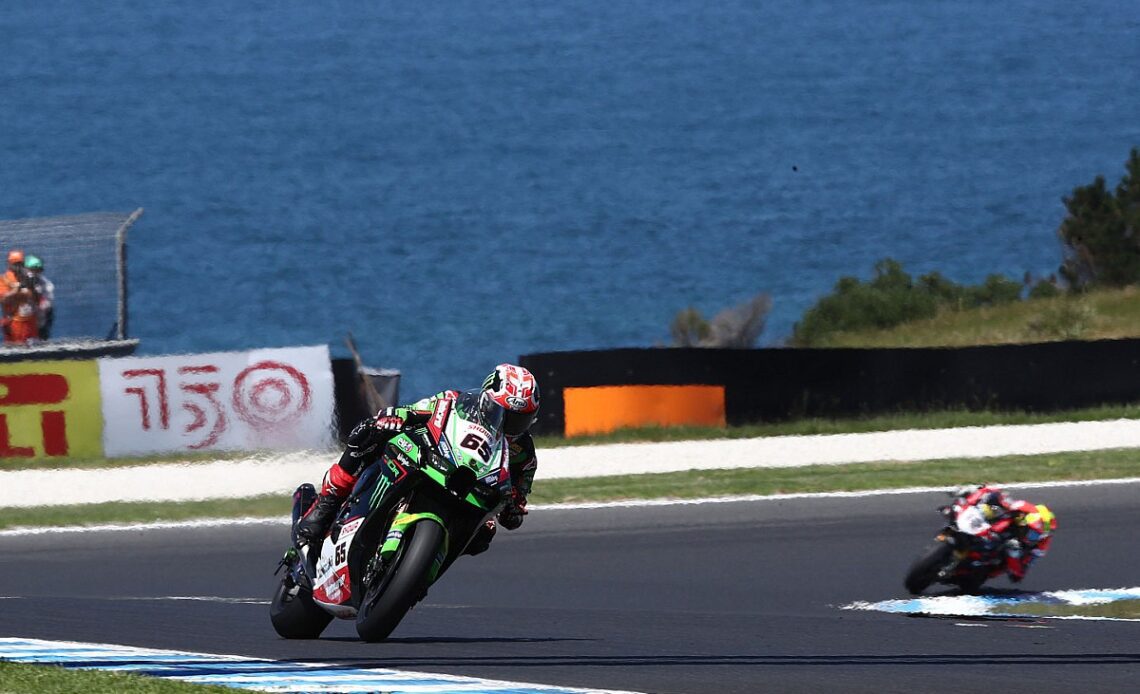 Rea topped the times in both 45-minute sessions on Friday, with a late effort of 1m31.127s in the closing minutes of FP2 putting him at the head of the combined order by 0.105s.

Newly-crowned WSBK champion Alvaro Bautista was Rea’s closest challenger in both sessions and, after finishing just 0.022s adrift of the Kawasaki star during the morning session, he ended the day a tenth off the pace despite improving his laptime to 1m31.232s.

The day was headlined by an unusual crash for Bautista in FP1, the Spanish rider losing the front-end of his Ducati into Turn 4 while being followed by the Yamaha of Toprak Razgatlioglu. Bautista was able to return to the pits but he spent the rest of the session in the garage, not returning to the track until FP2 later in the afternoon.

Alex Lowes backed up the pace of Rea by setting the third-fastest time on the sister Kawasaki, a 1m31.416s, while 2021 champion Razgatlioglu was more than half a second down in fourth ahead of Yamaha teammate Andrea Locatelli.

Replacing the injured Iker Lecuona, Suzuka 8 Hours winner Tetsuta Nagashima made a strong impression on his first day in the WSBK paddock as he led Honda’s charge in FP2, going sixth-fastest with a time of 1m31.869s.

Nagashima easily outpaced Honda incumbent Xavi Vierge, who had a low-key day on the Fireblade and finished both sessions in the lower half of the timesheets.

Philipp Oettl was the best independent rider on the GoEleven Ducati in seventh, beating the GRT Yamaha of Garrett Gerloff to the honour, while the top 10 was rounded out by BMW’s Scott Redding and Ducati rider Michael Ruben Rinaldi.