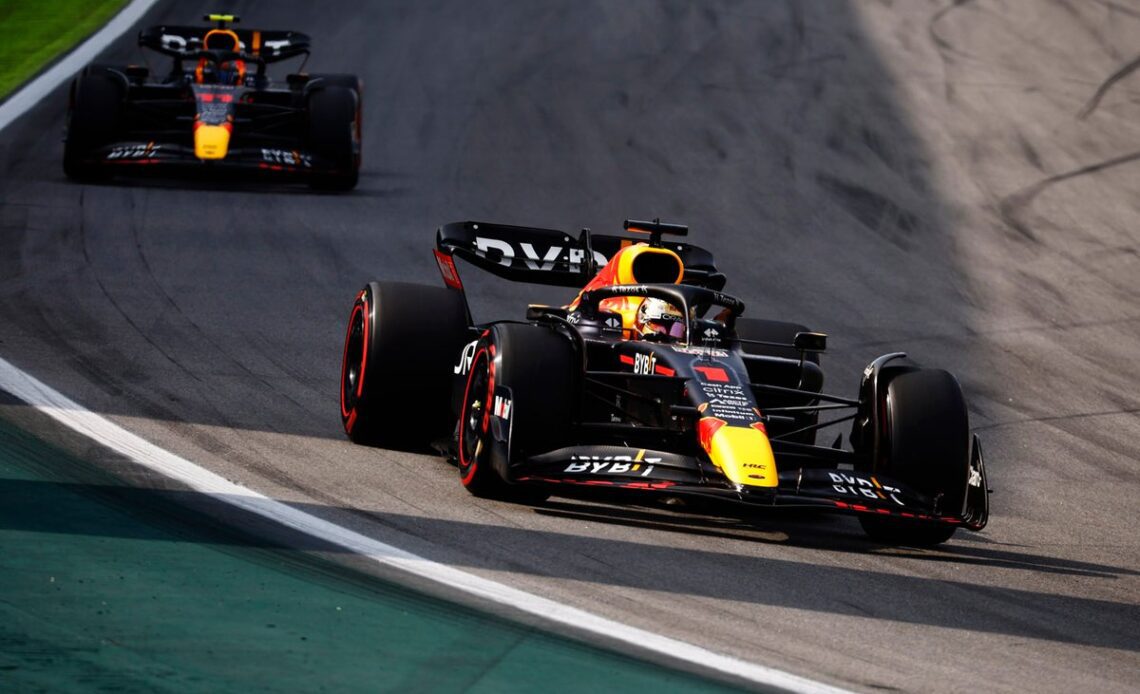 Verstappen was ordered by his Red Bull team to give sixth position back to Perez on the final lap of last week’s Sao Paolo race having been unable to overtake Alpine’s Fernando Alonso for fifth.

The position would have helped Perez in his battle with Ferrari’s Charles Leclerc for second in the 2022 standings, with the Mexican fuming after the race that Verstappen’s insubordination “shows who he really is”.

The Dutchman said over team radio that “I told you already last time, you guys don’t ask that again to me” when prompted for a response on why he didn’t let Perez through. It is thought his reasonings relate to Perez crashing in Monaco qualifying and hindering his own bid for pole.

Later in his initial TV interviews, Perez made comments in a similar vein to his immediate post-race radio outburst before he was told to go back to Red Bull hospitality, where he talked with Christian Horner, Helmut Marko and Verstappen.

When he returned to complete his media duties he had changed his tune, insisting that what happened was an internal matter.

Asked in Abu Dhabi on Thursday about his earlier comments, Perez admitted that he had said too much.

“And there is no other sport where you can speak yourself live, and it’s only in F1 that this happens. So there’s a lot of emotions going on in a lot of things to say.

“I obviously regret a lot of things that I said that the after the race because yeah, I am back with Max in the relationship that we used to have, and we are both on the team, and everyone is ready to move to move forwards.”

Verstappen has since made it clear that there was no discussion about team orders until the last lap of the race. Perez agreed that a lack of clarity within the camp had complicated matters.

“I mean everyone was put in a very difficult situation there, within Max within the team, myself,” he added.

“I think we could have handled the situation better. We are obviously going to learn from it and do things differently in the future.

“And that’s the way you should be, every team around the paddock is learning.”

He added: “Luckily it was just the last 100 metres of the lap that I found out that he wasn’t going to give me back the position. It obviously was a bad feeling.

“But I think I’m able to put all of this behind us. And yeah, my priority…