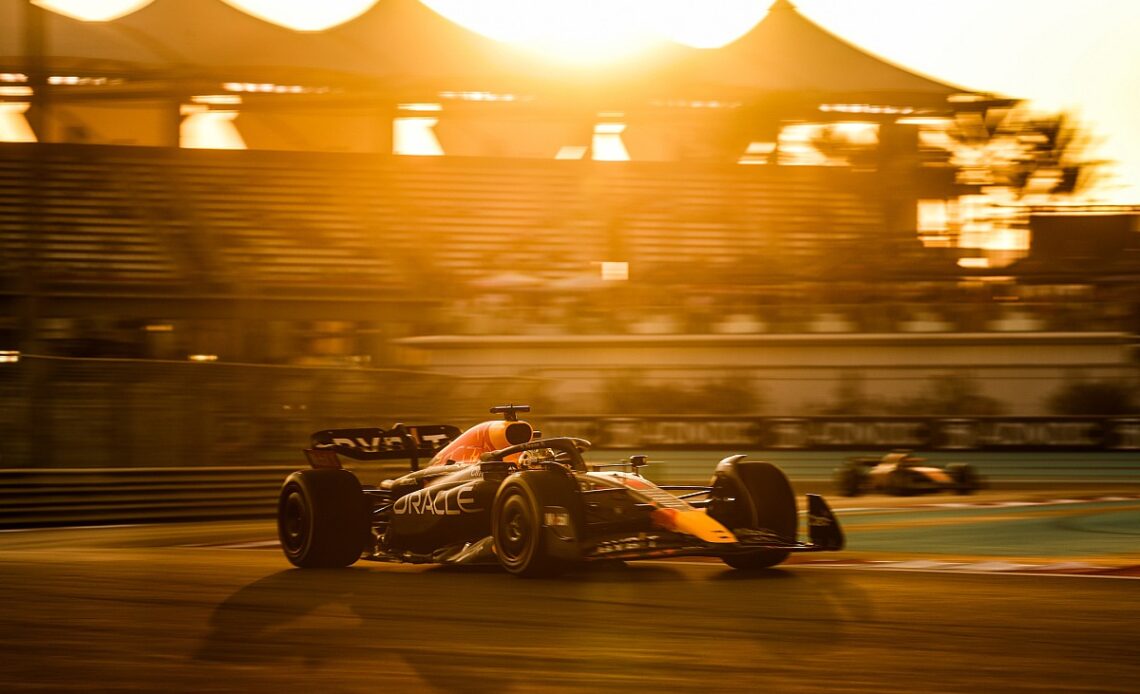 Lewis Hamilton took fourth in FP2, where all the regular 2022 drivers were at the wheels of their machines after eight even made way for eight young or reserve drivers in FP1.

For the one-hour only practice session that runs in comparable temperatures to qualifying and the race, Zhou Guanyu and Sebastian Vettel led the pack out of the pits, with the early running completed on the medium and hard tyres, the majority of the drivers using the yellow-walled mediums.

Vettel passed Zhou on their out laps and duly established the first place benchmark at 1m28.120s using the mediums, which Valtteri Bottas then beat with his first lap on the hards, a 1m27.717s.

Leclerc then forged ahead on a 1m26.645s, which stood as the quickest time until just over a quarter of the session had been completed, at which point Verstappen moved ahead on a 1m25.449s using the softs.

Nearly 10 minutes later, the world champion went for a second run on the softs and improved the top time to a 1m25.335s, at which point his rivals began to trickle out using the same compound that will be critical for setting the grid on Saturday.

Sergio Perez slotted in behind his Red Bull teammate in second but was just over half-a-second down having lost 0.3s of that in the final sector.

Carlos Sainz had to abandon his first lap on the softs after coming across a Haas car running slowly on the racing line ahead of the Turn 9 long left-hand hairpin at the top end of the Yas Marina track.

Although he was able to get another run in on the softs, Sainz ended up as the slowest of the top runners in sixth, 0.786s off the top spot.

Running behind his teammate but without a traffic problem, Leclerc used his first go on the softs to shade Perez and run 0.264s adrift of Verstappen, before the two Mercedes took to the track on the softs just past the halfway point.

Russell, despite an oversteer snap out of the long, downhill Turn 5 left-hand hairpin at the bottom end of the circuit and having to jink through traffic in the final turns, moved ahead of Leclerc with a 1m25.487s.

Next came Hamilton, who had had to abandon his first lap on the mediums early in the session after remaining in his garage for the opening 10 minutes as Kevin Magnussen was running slowly on the racing.

Hamilton set the session’s quickest time in the opening sector on his qualifying simulation run on the softs and matched Verstappen to the end of the second sector, but lost a big chunk in the final sector and wound…