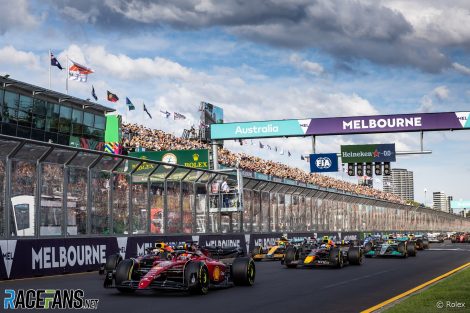 Before the 2023 Formula 1 calendar was revealed, the sport’s bosses indicated they were keen to regionalise the schedule. Reducing the sport’s carbon footprint and lowering freight costs were key goals.

In theory, this was to be achieved by grouping races geographically, in the hope to cut mileage for all involved. But when the record-breaking 24-race calendar appeared, such changes turned out to be minimal.

The season is set to open in Bahrain once again but one of the nearest races to that, in Abu Dhabi, will close the championship in November. Two punishing triple-headers are scheduled: Imola, Monaco and Catalunya, followed by a flyaway run of Austin-Mexico City-Sao Paulo near the end of the season.

Some of the double-headers are potentially more problematic. Azerbaijan has again been partnered with Miami, which requires all staff to digest a substantial time zone adjustment and around 15 hours of travel, with no direct flights. The highly anticipated new race on a street circuit in Las Vegas is the penultimate event of the season, following which teams and personnel are looking at a 19-hour flight to get across to Abu Dhabi for the season finale a week later. Logistically problematic.

Was F1’s plan to rationalise, regionalise and reorganise the calendar all talk? F1 say the limited change in next year’s calendar is down to several reasons. Existing contracts with race promoters present some obstacles and the global climate and ongoing disruption in the wake of the Covid-19 pandemic create other complications.

“We don’t start each year with a blank calendar and we don’t have the freedom to put races exactly where we would like to put them,” explains F1’s sporting director Steve Nielsen.

F1 has an ideal calendar in mind it is working towards, but moving one race closer to another in the schedule to cut travel distances isn’t something which can necessarily be done from one year to the next.

“Some of our promoter deals are historic, long-running, and they have clauses in them that don’t give us the freedom perhaps that we would like,” says Nielsen. “So we have to work closely with those promoters and sort of cajole and persuade them that we need to change things a little bit.

“I’m not going to go into which ones they are, that wouldn’t be right. But also, it’s not…