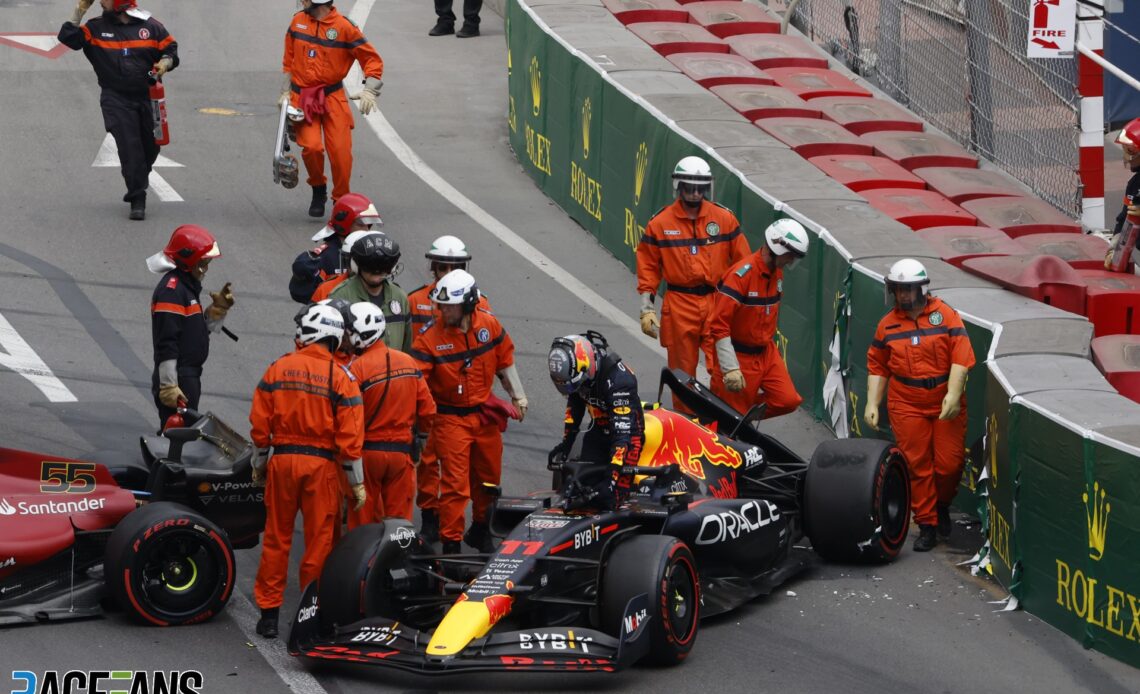 Red Bull’s main rivals have said they do not want an investigation into whether Sergio Perez deliberately crashed his car during qualifying for the Monaco Grand Prix.

Perez’s crash in Q3 became a focus of attention following the Brazilian Grand Prix amid speculation his Max Verstappen refused to help his team mate in that race due to a dispute between the pair over the collision. Verstappen was unable to improve his lap time due to Perez’s crash and started behind him as a result.

The crash has not been formally investigated by the FIA. Today Red Bull’s closest championship rivals said they were not pushing to have the matter looked at.

Mercedes team principal Toto Wolff said he doubted Perez’s crash was intentional. “We haven’t got the data,” he said, “Monaco is pretty bad for GPS.

“And the second thing is I’ve known Sergio for a long time. Would a driver really put his car in a wall and risk his gearbox in the way it was done? You could be going all the way to the back of the grid with such an incident. So for me, if you want to park your car, you do it in a different way.”

Red Bull was at the centre of controversy last month when it was fined and penalised for exceeding F1’s budget cap during 2021. “We had enough PR crisis in the last couple of weeks around that team and I think we don’t need another one,” Wolff concluded.

Ferrari team principal Mattia Binotto agreed “I don’t think there is any need to review what happened in Monaco today.”

“What happened in Monaco for us is very difficult to judge from the outside,” he said. “I don’t think we can judge and it’s not down to us to do it, it’s down to the FIA, they have the data. I’m pretty sure they looked at it at the time.”

Similar incidents should be examined more closely by the FIA in future, said Alpine team principal Otmar Szafnauer. “The Perez incident was quite some time ago,” he said. “I think we need to, as a sport, if we see something that needs to be investigated, move more swiftly.

“Monaco was a long time ago and so to be talking about Monaco in Abu Dhabi, I think that train’s left the station.”

Perez’s crash is the most expensive incident Red Bull has suffered during the season to date, said Red Bull team principal Christian Horner.

“Any crash, particularly in a cost environment, is disastrous, is expensive, is costly, particularly at a street circuit. From a team’s…