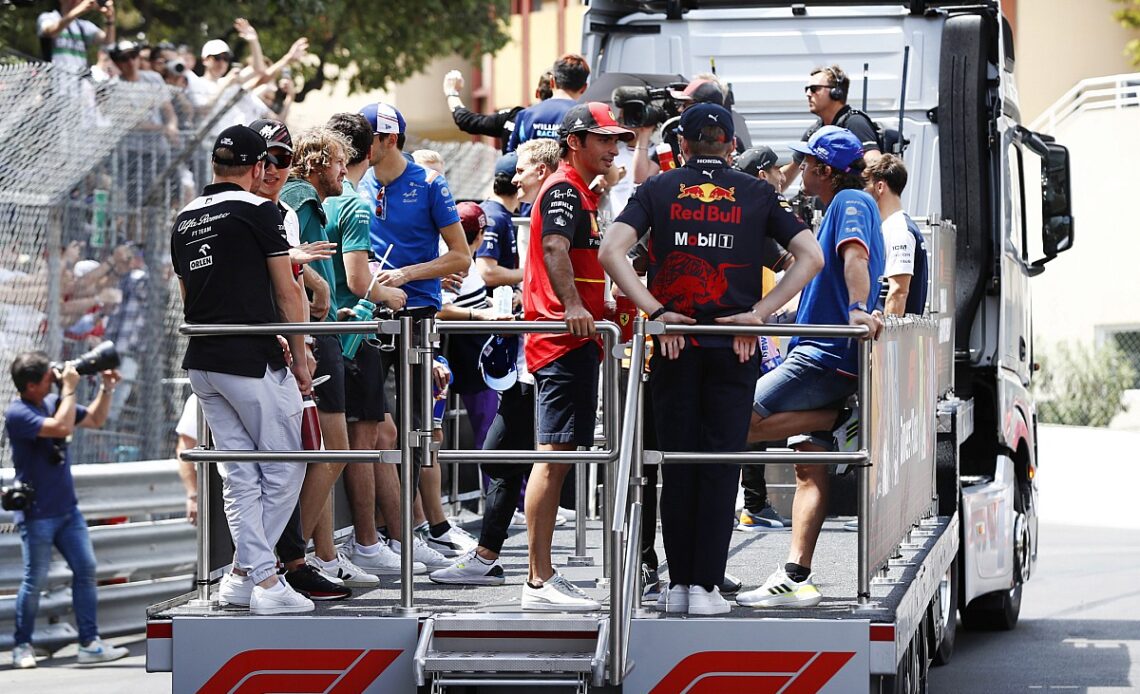 All 20 drivers joined a dinner in Abu Dhabi on Thursday evening at the invitation of Hamilton, ostensibly to mark the retirement of Sebastian Vettel.

The seven-time world champion also took care of the bill on behalf of all of his colleagues.

The occasion reflected a level of camaraderie that has been established in recent years as the GPDA has become a united body with all drivers getting involved.

Abu Dhabi was the first time that the drivers had enjoyed such a gathering since the 2016 Chinese GP.

“I thought it was really important,” said Hamilton. “So that’s why I asked the group in Mexico whether they’ll be open to all doing dinner to give Seb a farewell. We hadn’t had a dinner since years ago in China.

“And it was the best evening, we were all laughing so much. Great, great stories. Seb is a great leader as well, he made a great speech, really just kind of trying to hand down some of these experiences that he’s had over these years, particularly to the younger guys, because they are the future.

“And yeah, we had that photo, and it was the most harmony I think any driver group has ever had, I would imagine.

“Maybe not in history, because there’s some images of others in the past, many, many years ago, but definitely in these 15 years.”

Asked by Motorsport.com if the dinner will now become a regular event, he said: “I mean afterwards we were like, let’s do it all the time!

“Maybe we’ll make this an annual thing here. Maybe we’ll add another one in the year, perhaps. But there’s also just a lot that we can do as the GPDA as a united group. We have, I think, a responsibility. We’ve got a great platform, each and every one of us, collectively.

“And it’s encouraging. Collectively there’s lots of things that F1 needs to really push forward on action-wise. We’re doing a lot of things in sustainability and those things, but really, really making sure we’re pushing through and doing the absolute best. And maybe GPDA can have a role in that.”

Hamilton’s teammate and GPDA director George Russell agreed that it had been a positive evening.

“I think we had a lot of fun on Thursday night,” said the Brazilian GP winner. “A lot more fun than we probably all would have expected. And we’ve sort of said we need to do it more often.

“I think it’s such an intense season that we all endure in this whole paddock. And we’re all so competitive, but sometimes you need to go back to doing something normal, such as going…