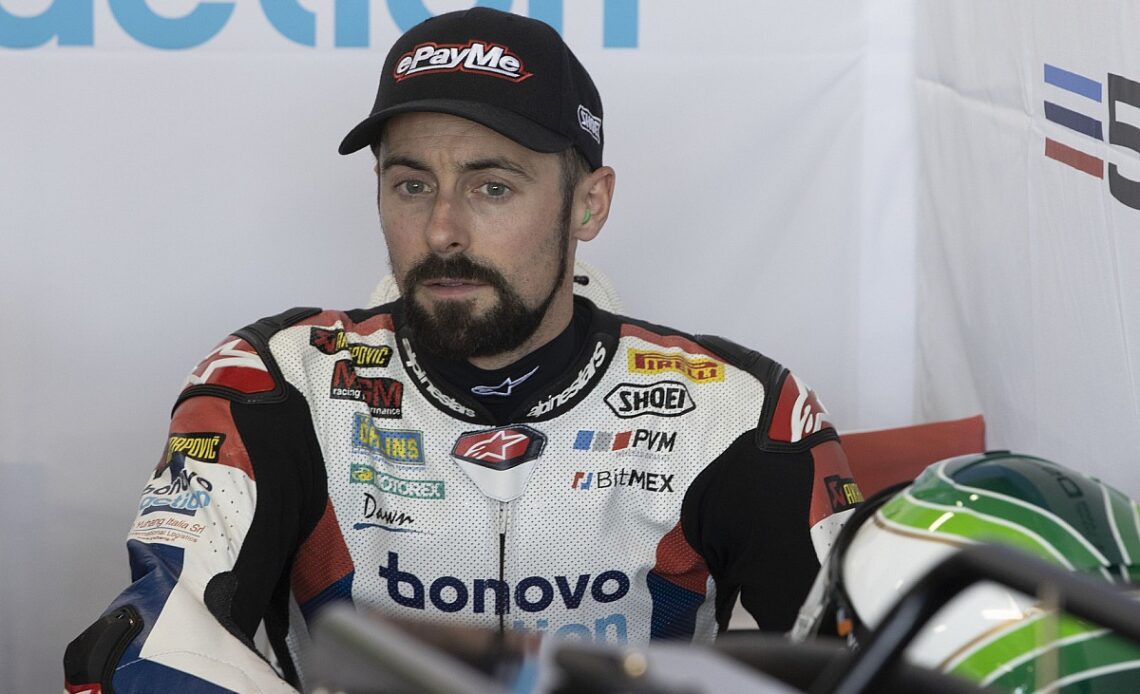 Bonovo MGM BMW rider Laverty, who announced his retirement from racing earlier this year, was involved in an incident at Turn 1 with Barni Ducati man Xavi Fores on the 18th lap of 22 in the final race of the 2022 season.

The crash caused the race to be stopped prematurely, handing newly-crowned champion Alvaro Bautista a 16th win of the year.

Laverty was seen being stretchered into an ambulance for checks at the medical centre, but was reported to be conscious.

WSBK issued a short statement on Twitter clarifying that the Northern Irish rider had been “diagnosed with a pelvic injury”.

It added that he would be transported to Alfred Hospital in Melbourne for further assessments.

The accident caps off a forgettable final season in WSBK for 2013 series runner-up Laverty, who concluded an injury-plagued year 16th in the riders’ standings with a best finish of 10th at Aragon and Barcelona.

Next year the 36-year-old will take on a management and rider coach role within the Bonovo squad, overseeing the efforts of current teammate Loris Baz and Garrett Gerloff, who moves over from GRT Yamaha for 2023.

It continues a relationship with BMW that began in 2020, when Laverty joined Tom Sykes as a rider in the factory team before he was moved over to satellite equipment for the following season.

Laverty revealed his decision to retire during August’s Most round, and admitted that a crash in practice at Assen that prompted him to miss all three races at the Dutch TT venue influenced his decision to hang up his leathers.