Perez would have been “dying fly” on one-stop F1 strategy 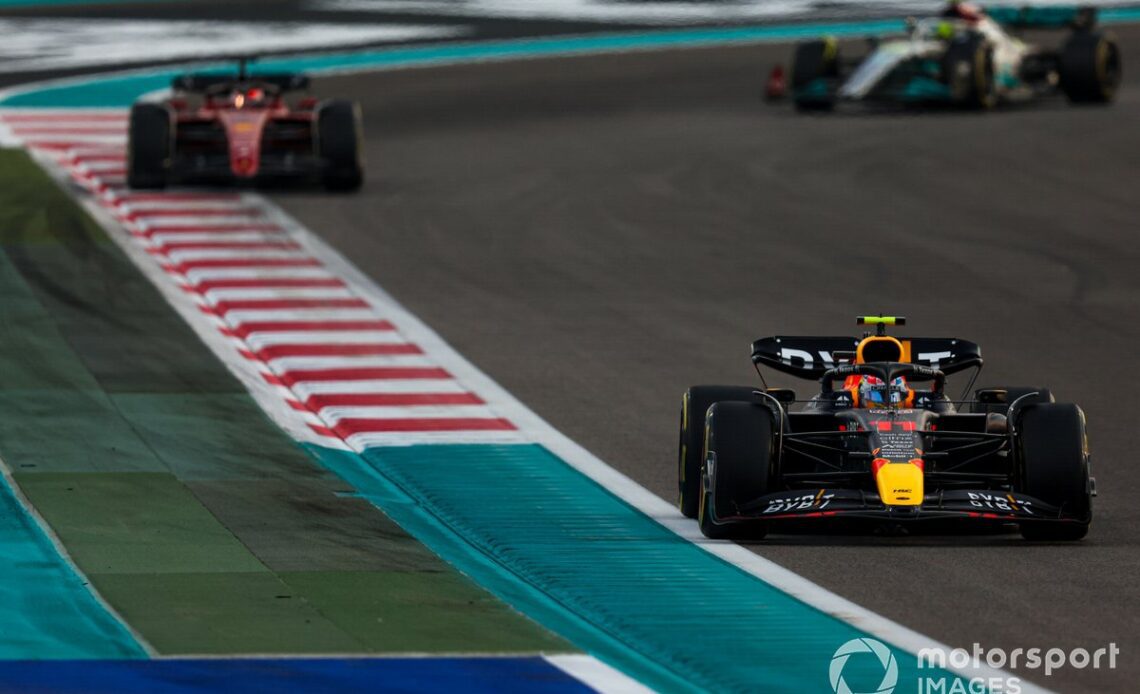 Perez lost out to Charles Leclerc in the fight for second place in the championship after his two-stop strategy cost him track position to the Ferrari at the Yas Marina Circuit.

Perez was the first of the leaders to come into the pits, making the switch from his starting mediums to hards on lap 15 after seeing Leclerc close up.

It gave Leclerc a six-lap tyre delta for the second stint, allowing him to quickly reduce the gap at around half a second per lap thanks to his fresher rubber. Ferrari then gave Leclerc the call to box opposite to Perez and kept the Monegasque driver out when Red Bull opted to pit for a second time on lap 33.

But Perez could not recover the time with his fresher tyres to pass Leclerc over the final stint, falling 1.3 seconds short at the chequered flag. It means Leclerc secures second in the championship, finishing three points clear of Perez after they entered the Abu Dhabi finale tied on points.

Asked by Motorsport.com about the decision to pit twice, Horner explained that Perez “took a bit more out of the front-right tyre” which “started to open up”, meaning it would have been difficult to get to the end without coming in again.

“You could hear him on the radio saying that the front was dead, and we could see that Ferrari were gearing up for an undercut,” said Horner.

“The problem with where Checo was strategically at that point, it would have been a very, very long one-stop. There was like a six or seven lap overlap that Leclerc was then able to take.

“We were faced with a prospect of either being a dying fly at the end of the stint, or to try and attack.

“We chose to try and attack. I think within another lap, he would have been there.”

The early timing of the first pit stop drew Red Bull towards the two-stop strategy, which Horner said was “all about the front-right tyre” causing trouble, meaning Perez was “exposed massively” towards the end of the stint.

“So we felt, as I say, rather than die at the end of it and be a sitting duck, we take an attacking strategy.

“Maybe if he’d have managed to make it past Hamilton [it would have worked], the ifs, buts and maybes, there was a couple of backmarkers that didn’t help. But it was so, so close.”

Despite missing out on the drivers’ championship 1-2, Red Bull ended the season with 17 race wins from 22 races and a record of 759…