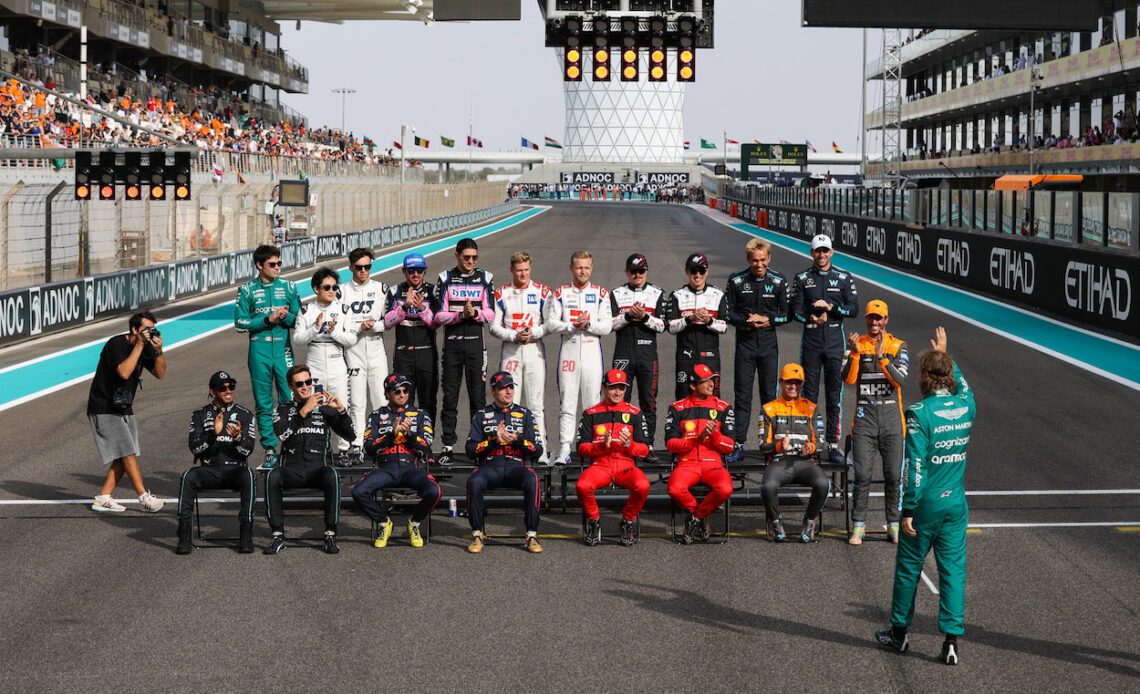 Max Verstappen won the 2022 Formula 1 Abu Dhabi Grand Prix in comfortable fashion – but Ferrari’s Charles Leclerc took P2 to finish ahead of Sergio Perez for second in the championship.

Verstappen fended off Perez into Turn 1 and swapped his mediums for hards on Lap 20, with the Dutchman using hard tyres until the end to take his record-extending 15th win of the season.

As for Perez and Leclerc, who were tied on points for P2 in the championship heading into this race, they produced a nail-biting battle. Perez pitted early for both of his stops, while Leclerc reacted by extending his second stint and ensuring a one-stop strategy. The Red Bull driver closed in on the Ferrari with four laps remaining but couldn’t make his way past for P2, and therefore finished third and fell to third in the championship behind Leclerc.

Carlos Sainz finished fourth for Ferrari as Lewis Hamilton – who sparred with the Spaniard earlier but was forced to return P4 to the Ferrari after going wide at Turn 6 on Lap 1 – attempted a one-stop strategy but retired in the pits three laps from the end. That left Russell a lonely fifth for Mercedes.

Hamilton’s retirement promoted Lando Norris to sixth for McLaren, while Esteban Ocon was P7 for Alpine, who finished fourth in the constructors’ standings despite Fernando Alonso’s DNF in his last race for Alpine. Lance Stroll’s two-stop strategy saw him finish eighth.

Daniel Ricciardo’s one-stop strategy saw him finish ninth and just six-tenths ahead of retiree Sebastian Vettel, who couldn’t make it past the McLaren and took a single point to leave Aston Martin level on points with Alfa Romeo but behind the Sauber-run team in the standings.

Yuki Tsunoda missed out on points with a final stint on softs failing to pay off, while Alex Albon enjoyed a solid start and took P12 ahead of Zhou Guanyu and one-stopper Pierre Gasly – who began the race on softs.

Valtteri Bottas finished 15th ahead of Mick Schumacher, who finished 16th in his last appearance for Haas after taking a five-second penalty for clattering into Nicholas Latifi (who later retired). Kevin Magnussen was 17th as his one-stop strategy failed to pay off.

Verstappen, Leclerc, Perez and Vettel capped off Sunday’s race with some celebratory doughnuts as the 2022 Formula 1 season closed in Abu Dhabi – and the four-time champion bowed out of F1 with style.