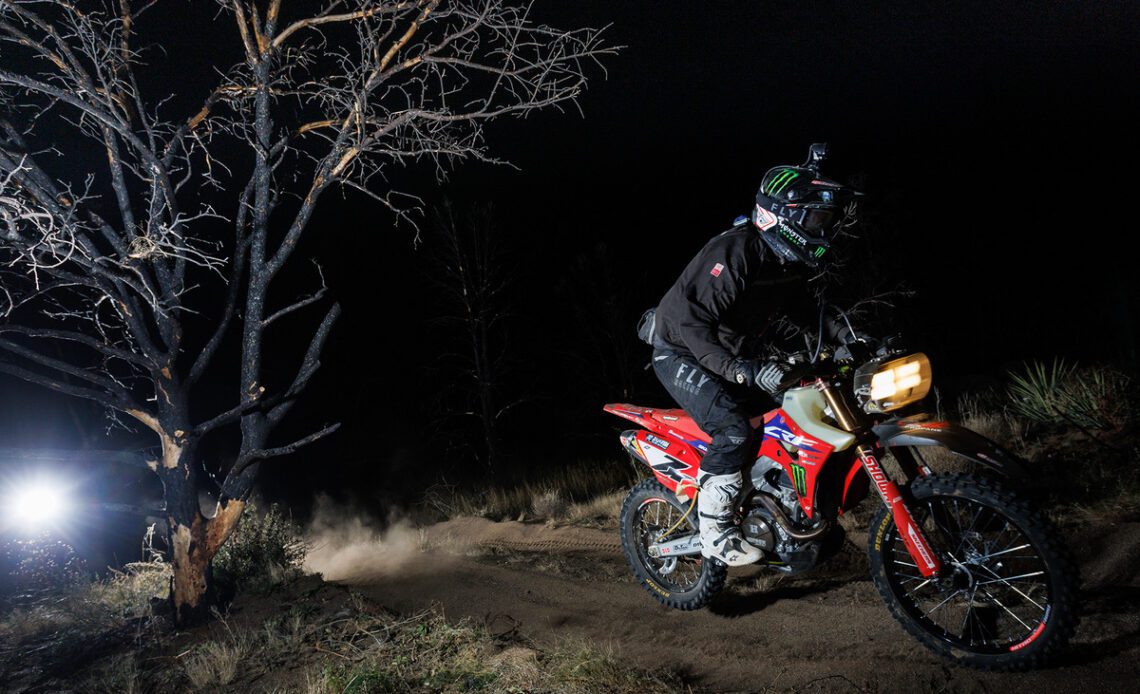 Honda added to its rich off-road racing legacy on Friday night, when SLR Honda crossed the finish line of the Baja 1000 with the Pro Moto Unlimited win. The success marked a record 32 victories for Honda in the legendary event, including the last eight in a row, and 25 of the last 26. It also represented a record 16 wins for the CRF450X, and five consecutive victories for the SLR Honda squad, which this year comprised owner-rider Mark Samuels and co-riders Justin Morgan and Kendall Norman. This is six Baja 1000 wins for Morgan, seven for Samuels and eight for Norman.

Night-specialist Morgan was the seventh rider to leave the Ensenada start in the very early hours of Friday morning, and he handed off to Samuels approximately 275 miles later, near Puertecitos, on the Gulf Coast. Samuels, who assumed the physical lead around 65 miles into his stint, turned the bike over to Norman around the midway point, on the road to Mike’s Sky Ranch. Approximately 250 miles later, Morgan took over again at El Alamo, for the final, 100-mile sprint back to the finish in Ensenada. The squad covered the 830.9-mile course in an official time of 18 hours, 51 minutes, 30.152 seconds, which was 1 hour, 17 minutes quicker than the second-place team.

“Man, it was a tough course,” Samuels told SCORE at the finish. “It was really rough and actually kind of slower than what we anticipated. We had our hands full at the beginning, but it was a really good race, and by race-mile 340 we were into the lead. From there we just had to bring it home, and we had a great, solid effort the whole way.”