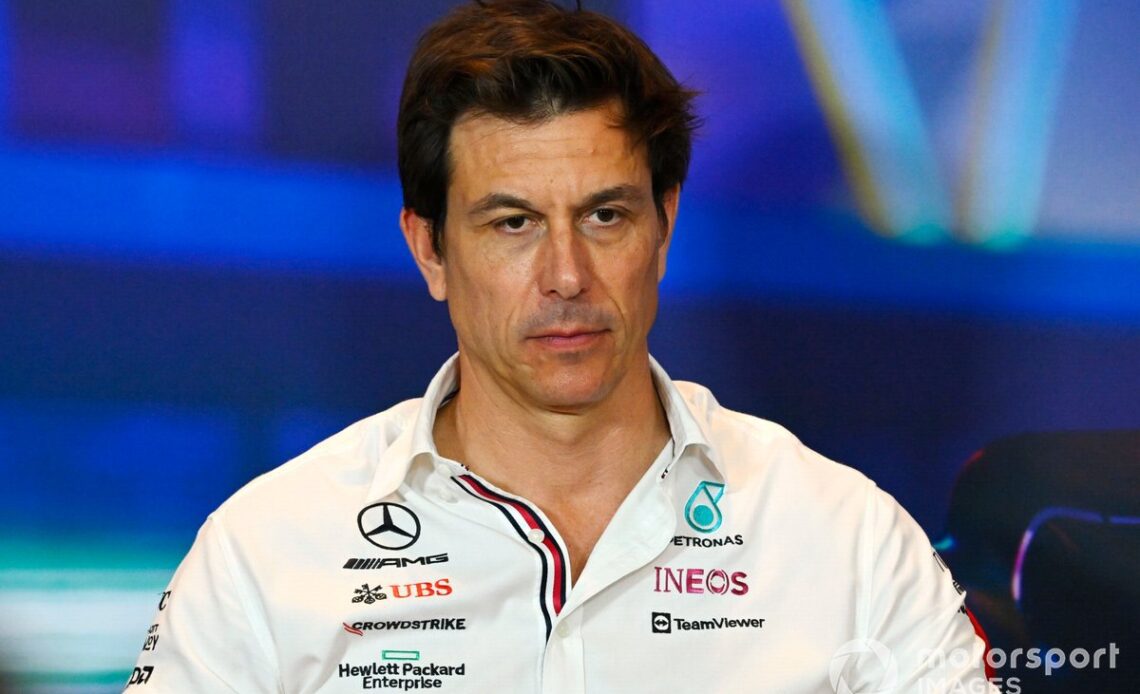 The German manufacturer is coming off the back of the first season since 2013 where it has not won at least one of the world championship titles.

But while 2022 fell short of expectation, and delivered it fair share of headaches at times with the tricky W13, Wolff says it has been a much easier experience to live through than the controversial way Mercedes saw Lewis Hamilton lose the drivers’ world championship 12 months ago.

Asked by Autosport about which of the last two seasons was more painful, Wolff said: “Last year without any doubt, because last year was strong. And how it ended, within a couple of seconds, we knew that that’s it.

“It’s out of control; out of your hands. And losing control, that was the first time since I was an adolescent. And, in my sense of fairness, that was totally against my values.”

Wolff thinks that it has been easier to accept things this year because the lack of performance has been entirely its own responsibility.

“This year was not as peaky, in terms of the emotions, because we knew from the get-go at the beginning that the car was just not good enough,” he added.

“I think we understood it slowly but surely. We would peel one layer of the onion off and you think you solved the problem, but then it is the next one and the next one.

“Then we started to correlate where this car, that was really not a good one, could perform. And we tried to concentrate on these tracks, knowing that the more difficult ones like Abu Dhabi were, in a way, damage limitation.

“So it was our doing. Last year Abu Dhabi wasn’t our doing. We knew we got it wrong. We’re conscious that others did a better job. And this is an absolute meritocracy, how this season ended up. So that is okay.”

This season was the first since Hamilton entered F1 in 2007 that he failed to win a grand prix.

But while ending his streak, and finishing the year 35 points behind team-mate George Russell was not ideal, Wolff thinks Hamilton’s greatest achievements have come off track.

“I think he’s been really, really good this year,” explained Wolff. “You would expect a world champion that has had the title taken away from him, to come in and just try to smash everybody. But we didn’t give him a good enough car to do that.

“He’s held us up at times with his energy level, when…