The F1 records Verstappen and Red Bull broke in 2022 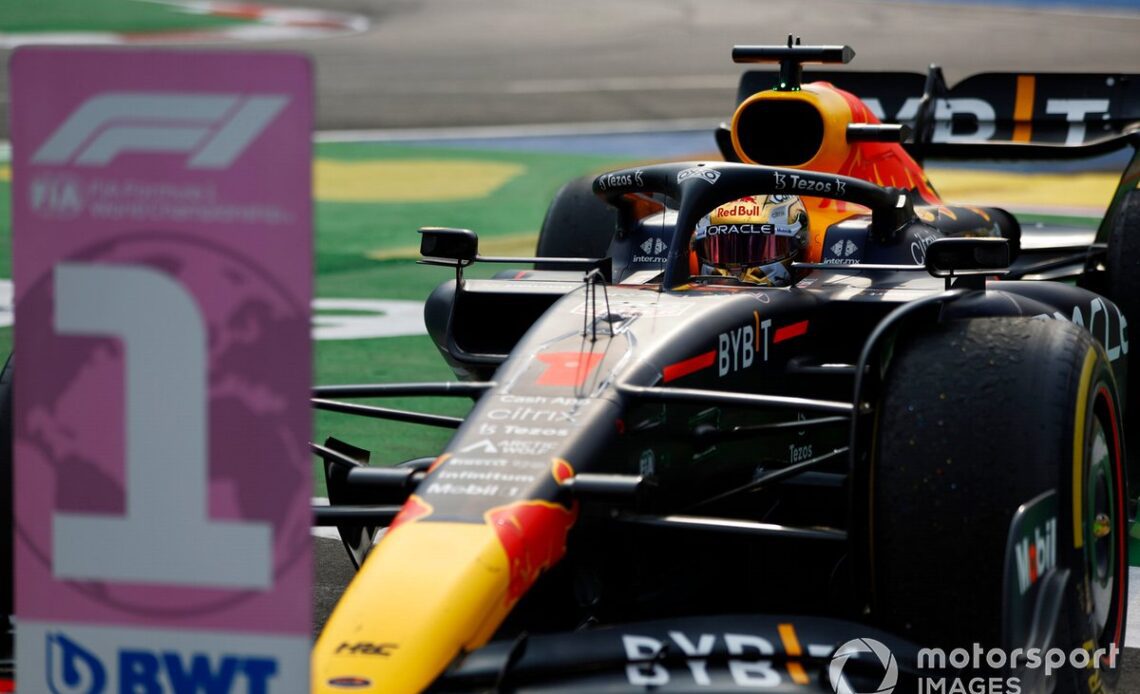 The curtain has fallen on Formula 1’s 73rd season, and it truly has been a spectacular one. Verstappen was crowned the drivers’ world champion for the second straight year, while Red Bull took top honours in the constructors’ championship after a lengthy gap.

But just how dominant were they from a numbers perspective? Let’s take one last look at the records Verstappen and Red Bull broke this year before we turn the page onto 2023.

The big one straightaway, and the one that hadn’t been broken in close to two decades. Michael Schumacher scaled new heights in 2004 by winning 13 races in one year, becoming a seven-time world champion in the process. After nine years, it was Schumacher’s protege and fellow German Sebastian Vettel who matched the record in his most dominant season in Red Bull colours in 2013.

A further nine years later, Verstappen surpassed both legends in Mexico and set a new benchmark of 15 victories in one year at the season finale in Abu Dhabi. Ferrari’s various troubles through the season, along with Mercedes’ struggles with their car concept and porpoising only aided Verstappen in reaching that milestone.

That record stood until Verstappen broke it this year with two rounds to spare. The Dutchman finished the season with a whopping 454 points and one may wonder if that’ll ever be broken. But with 2023 having two more races and three additional sprints compared to this year, you just never know.

Courtesy of two DNFs in the opening three races, Max Verstappen found himself sixth in the standings after the Australian GP, 46 points behind championship leader Charles Leclerc. In a matter of three races, not only did the Dutchman eat into Leclerc’s advantage, he displaced the Monegasque from the top of the table by the Spanish GP. Verstappen never…