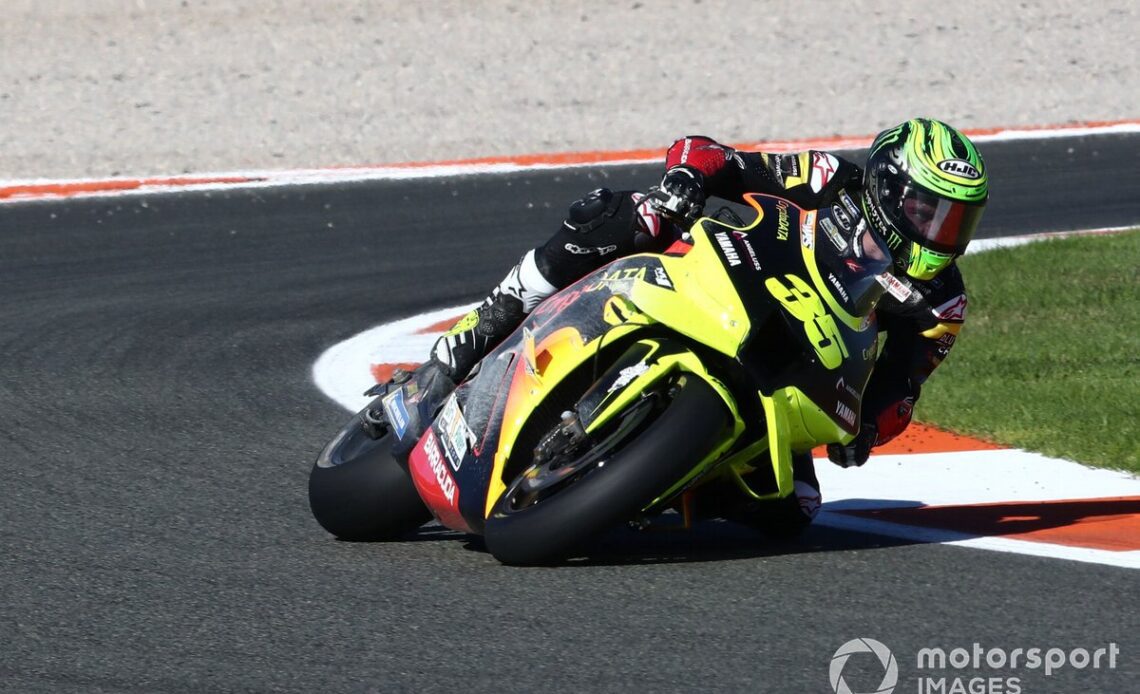 Pre-season, Yamaha was forced to ditch its planned 2022 engine over reliability issues, meaning it had to race with a motor with a power output similar to its 2021 bike.

This, as well as problems with traction, led to a difficult campaign for all Yamaha riders, with Franco Morbidelli, Darryn Binder, Andrea Dovizioso and Crutchlow, who replaced him at RNF for the last six races, scoring just 79 points in total compared to Fabio Quartararo’s 248.

Yamaha was the only manufacturer other than Suzuki in 2022 to have only got one rider to the podium, with Quartararo winning three times – which was two fewer than he managed in 2021 – and was ultimately unable to defend his crown.

The competitive landscape in MotoGP shifted in 2022, with European manufacturers taking over from the Japanese as the dominant marques.

As a result, the working practices of Japanese manufacturers have been criticised in 2022, though Yamaha has been working with ex-Formula 1 engine chief Luca Marmorini to help development of its 2023 bike.

Crutchlow, who was a key development figure for Honda during his LCR tenure from 2015 to his retirement in 2020, says Yamaha has “really upped their game” in how it has been working this year.

“Yamaha, no, I’ve never seen them work as hard,” Crutchlow said in an exclusive interview with Motorsport.com.

“But from a standpoint of Yamaha, they’ve really upped their game with it, you know, and it’s great to see because I spoke to Fabio on the two days on my test [at Jerez before the Valencia GP] and told him what we’re trying.

“And he said, ‘at least they’re bringing something whether it works or not’. And it’s true, at least they are fired up to try things. Whether they work or not, that doesn’t matter.

“I’ve got to evaluate whether it does or not, but they’re working very, very hard and that’s always positive.”

Crutchlow was positive about the latest iteration of Yamaha’s 2023 engine when he tested it at Jerez prior to the Valencia GP.

However, at the post-race test in Valencia on the Tuesday after the grand prix, Quartararo and teammate Franco Morbidelli were left baffled and “disappointed” by the fact the new engine didn’t seem to produce any more power.

After testing the first version…